You can use an automated bid strategy to have Display & Video 360 optimize your line item's bid based on the likelihood that an  impression will lead to a chosen outcome (for example a: click, conversion, view, etc.).

How does Display & Video 360 predict the performance of impressions?

Display & Video 360 uses a combination of signals to predict how well an individual impression might perform, as compared to your chosen bidding strategy KPI.

Some variables used by automated bidding include

Automated bid strategies can be enabled from the details page of any new or existing line item. Display & Video 360 will continuously learn how to improve your line item's bids, as your line item serves. If your advertiser wants to optimize toward conversions, but doesn't have historical data in Display & Video 360, opt into the enhanced automation pool.  You can also start your campaign with optimization based on clicks or ActiveView.

Consider setting the bidding strategy at the insertion order level to allow Display & Video 360 to control both bidding and budget allocation, and to maximize performance across the entire Insertion Order.

Dealing with changes in volume / conversions 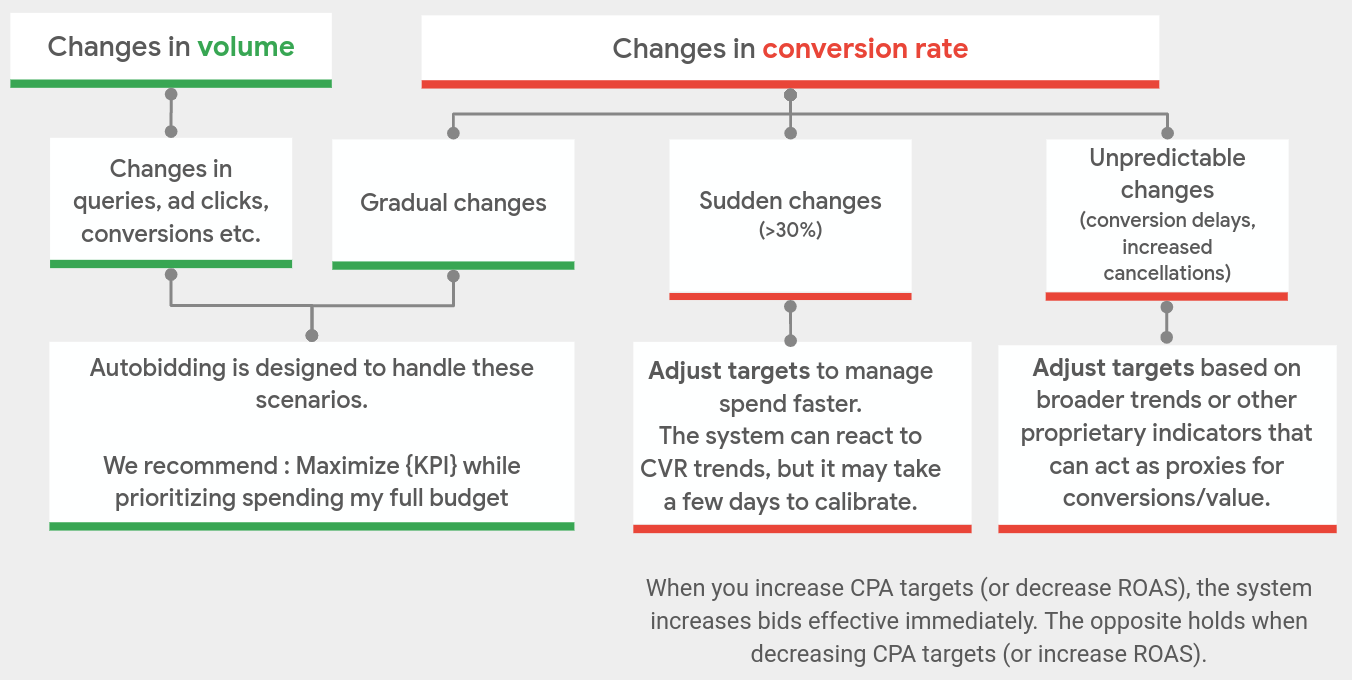 When checked, Display & Video 360 will take deal floor prices into account and bid accordingly, considering the floor price associated with the deal inventory source. If there is still under-delivery towards the deal due to bids below the floor, you can increase the floor price in My Inventory > Settings.