A claim is an application of a policy (monetize, block, track) to either a reference file or a user-uploaded video. By claiming content, you are indicating that you own exclusive rights to distribute that content online in the country (or countries) where the policy applies.

You can filter claims by: 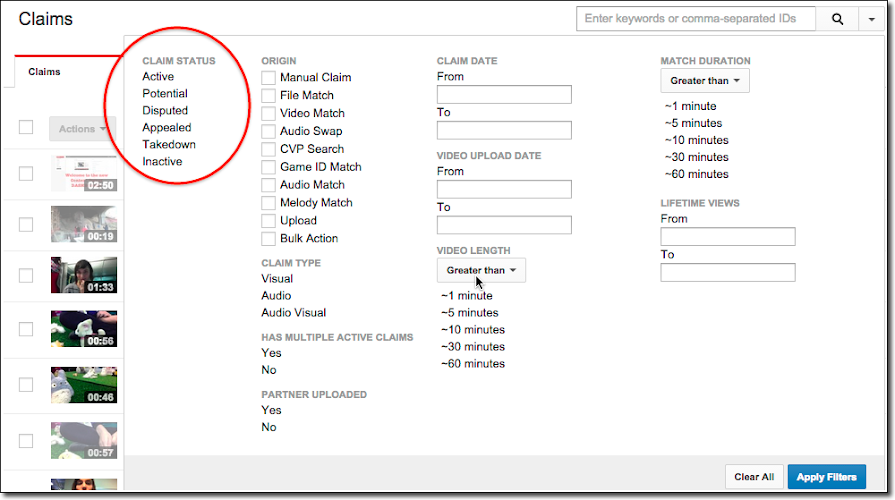