Promote your website with a native site creative. To make a creative, you'll provide a bundle of creative assets including images, copy, and a call to action. The publisher or exchange will arrange and render these assets in a native format appropriate for the page or app they're displayed in. 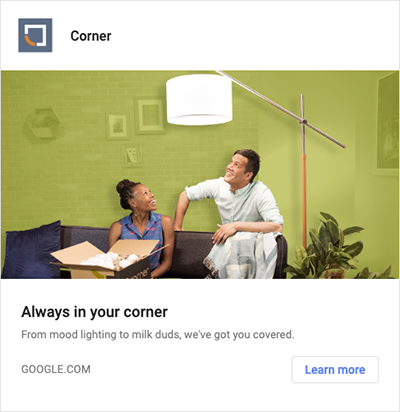 Use this checklist to design your native creative. Optional assets are marked, but it's a good idea to include them so your creatives are compatible with more publisher layouts.

To report on your native creatives in Campaign Manager 360 or via a third-party measurement provider, click Creative details, then expand the Serving properties section.

At least one headline and one block of body text are required. For maximum reach, include short and long versions for both headline and body text. If you need more creative control, you can include only the text lengths you prefer and Display & Video 360 will not bid on native inventory that doesn't include your preferred length of text.

Follow these steps to upload a single creative. If you want to create many native site creatives at once, save time with bulk upload.

Preview while you create your ad

As you add text and images to your creative, the Ad Canvas preview updates automatically, showing how the different elements in your creative might be rendered. This preview is not an accurate representation of how the creative will display in a live environment, but will give you an idea of how each creative element might look when displayed in an app versus in a website.

(Native site creatives only) Switch between square, rectangle, and Gmail 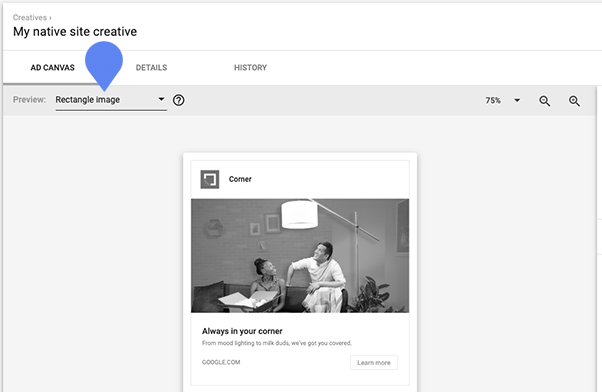 See how the creative will look on different publishers

To see samples of how real publishers will style your native assets, open the publisher samples preview. Unlike the initial quick preview, these samples use real native ad styles from publishers. Note that these previews represent a range of potential native ad designs, but do not include every design variation.

Publisher samples are available for native site and native video creatives only.