A virtual column is a column that doesn't correspond to an actual column in the underlying spreadsheet. Instead, it is automatically computed via an app formula expression.  Their values are not actually stored anywhere, so they won't show up in your spreadsheet once you create them. They do, however, impact your app, behaving much like an ordinary column.

Here are three common use cases for virtual columns:

To add a virtual column to a table, in the Data > Columns tab, click the Add Virtual Column button for the intended table: 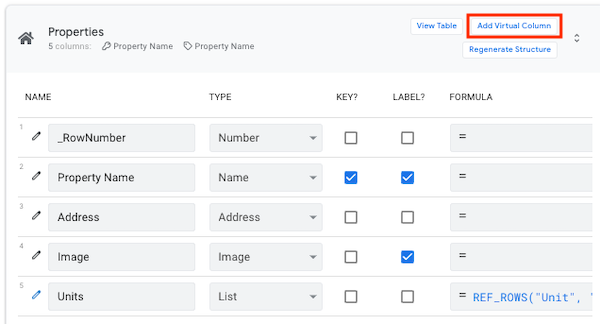 You must specify an app formula expression. Typically, the app formula uses values of other columns in the same row. The virtual column's type will be automatically detected by the app editor. 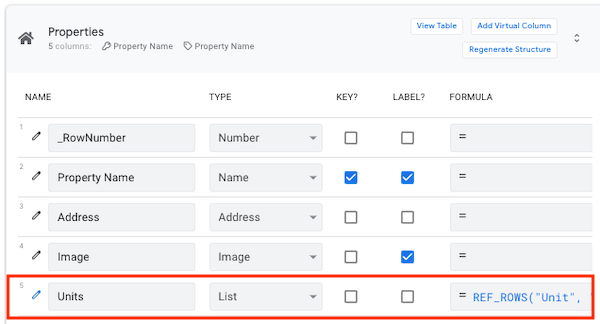 In a form view for a table, all columns, virtual and non-virtual, occur in the order they are listed for the table, as described above. To change the order of columns in a form view, create a slice with the desired column ordering and use the slice's form view instead.

To remove a virtual column, go to the column's configuration screen and click the Delete button

Note that the app editor will not prevent you from deleting a virtual column in use elsewhere in your app. After saving the change, the app editor may display errors noting references to the now-deleted virtual column. These errors will likely render your app unusable until the they are corrected.