The Acquisition reports show you where new and returning users are coming from. For example, you can use the reports to see how many users found your website using Google Search.

The following reports appear by default:

To access the Acquisition reports, click Reports > Acquisition in the left navigation. If you don't see the topic, an administrator may have removed it from the navigation. 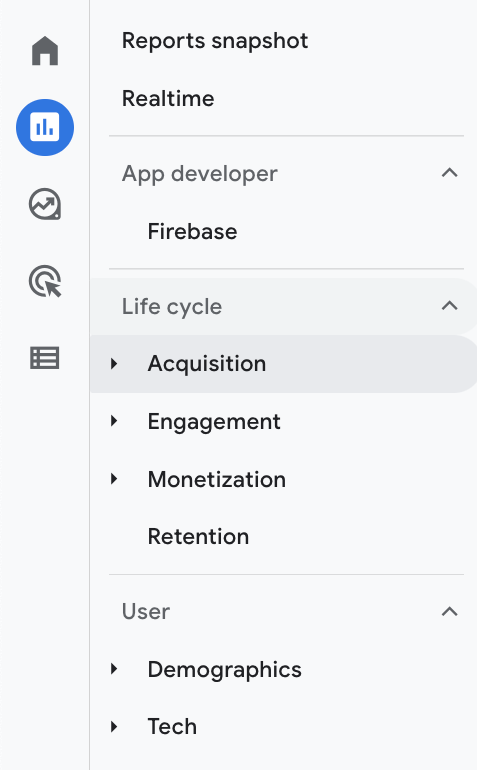 You can populate the reports with more detailed acquisition data by integrating Analytics with the following ad platforms and then using the auto-tagging feature available with the integrations. Alternatively, you can manually tag the destination URLs in your ads with UTM parameters.

Note: Integrating with ad platforms also provides you with platform-specific cards so you can evaluate the impact of those ads on user traffic. For example, when you integrate with Search Ads 360, Analytics adds a Search Ads 360 card that shows acquisition data for each of your Search Ads 360 campaigns.

The overview card shows key acquisition metrics with a trendline for each metric over the chosen date range (on the top right of the report). For example, the overview card may include a tab for the number of conversions over the past month with spots for anomalies in the data. 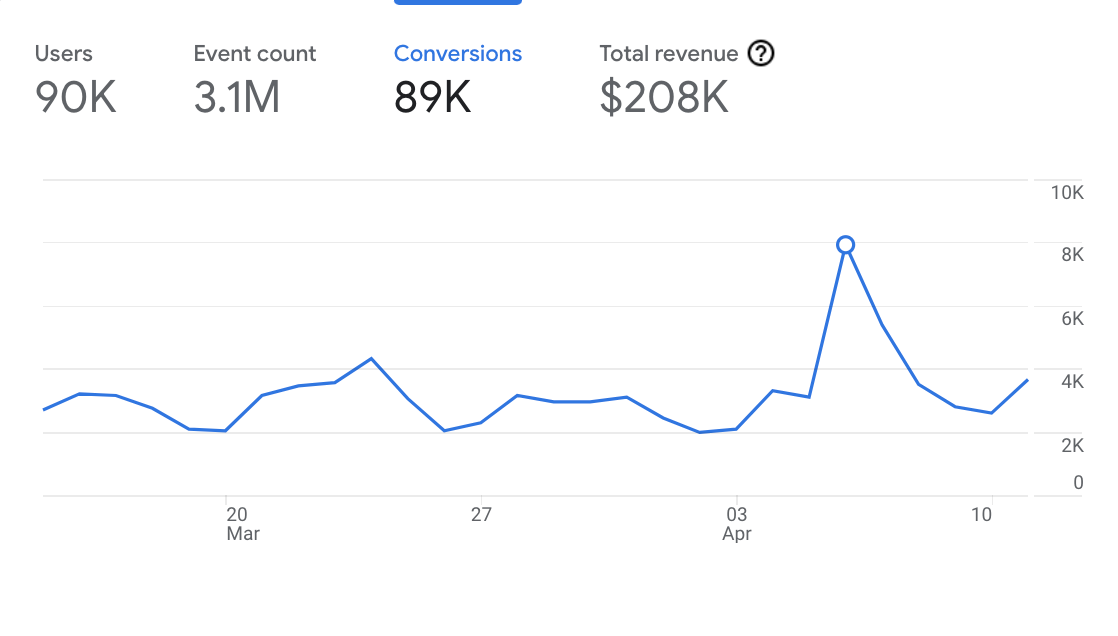 The Lifetime value chart illustrates the average revenue from new users over their first 120 days. You can use the chart to determine how valuable users are based on additional revenue you generate. For example, a user purchases a shirt and then purchases pants the following week. Lifetime value (LTV) includes both purchases, indicating the overall success of the acquisition. 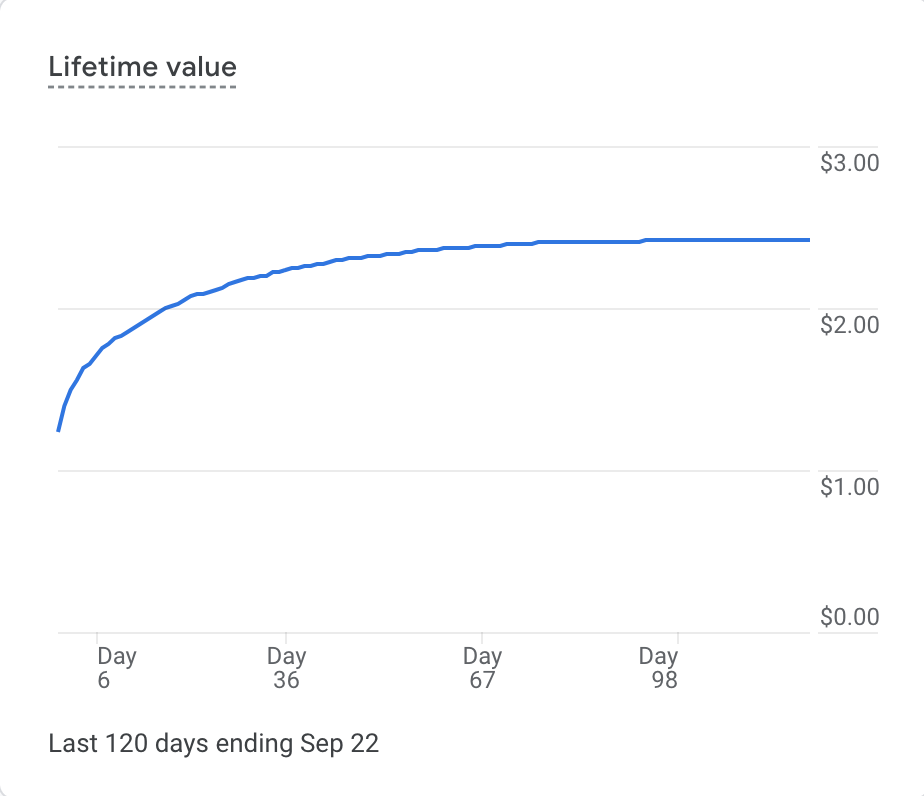 The Traffic acquisition report shows data about new sessions from both new and returning users.

By default, the report is grouped by the Session default channel grouping dimension, but you can change the dimension by which the table and two visualizations are organized using the drop-down in the table. The "Session" prefix in "Session default channel grouping" indicates that the Google Ads campaign applies to new sessions. Learn more about the traffic-source dimension scopes.

The report helps you see the Google Ads campaigns that acquire the most users. For example, the following shows that the 1009693 campaign drove the most traffic over the last 28 days (based on the date range in the top right of the report).