Business data makes it easy to see how campaigns across an advertiser contribute to promoting flights to specific destinations. Here's an example report that uses business data to organize performance metrics: 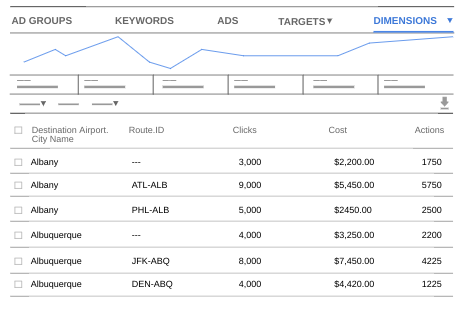 How to set up business data to report on flight routes

For maximum flexibility, create separate business data tables for origins, destinations, and routes. (As you'll see later, this enables you to apply business data at the appropriate level of granularity). 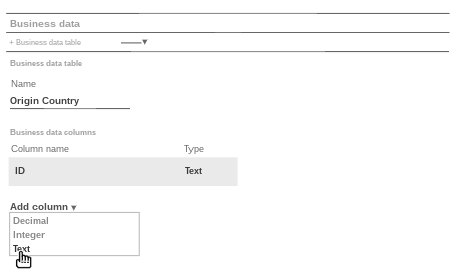 See the full list of suggested tables and columns

Note that Origin Airport has a column that refers to a country in the "Origin Country" table. Here's what it looks like when adding columns to the Origin Airport table: 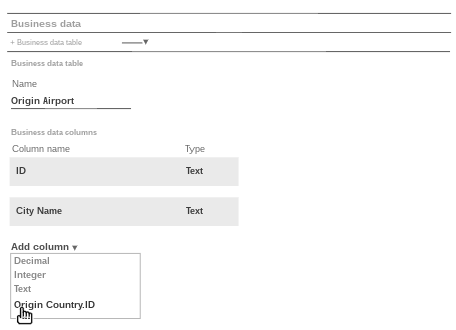 Apply rows in the "Route" table to campaigns or ad groups that promote specific routes. For example, apply the GIG-MIA business data row to ad groups dedicated to promoting the Rio de Janeiro to Miami route.