The VPN by Google One is available in select countries and is included for Google One members with plans of 2 TB of Google storage and up. This feature is available for Android phones in these locations:

If you want more protection from hackers and online monitoring, you can secure the connection from your Android device with a virtual private network (VPN) by Google One. In the Google One app, you can tap to encrypt your online activity for an extra layer of protection wherever you’re connected.

When you turn on the VPN, your online data is protected by traveling through a strongly encrypted tunnel. The VPN by Google One will assign you an IP address based on your current country so that websites can show you the right content for your region. But the websites can't determine your precise location, like what city or region you're in.

If you're on an eligible Google One plan, you can use the VPN on up to six Android phones per plan. You need to install the Google One app on each device.

Turn on the VPN

For extra security, you can set up your phone to only use the internet when the VPN is on. If your VPN is disconnected, internet access is blocked until the VPN reconnects.

If your device restarts, the VPN tries to automatically reconnect. Before it reconnects, your internet connection isn't blocked or protected. Once the VPN reconnects, you'll find a key in the top right of your screen.

Turn on the VPN

You can temporarily turn off the VPN by Google One with the Snooze feature:

When the VPN is connected, you can still allow traffic from some mobile apps to route over your regular internet connection instead of the VPN's encrypted tunnel. This is useful for some situations, such as:

Does this prevent third parties or Google from saving my browsing history or personalizing my experience?

No. Third-party sites and apps may still save information about your browsing or personalize your experience in other ways. Some examples include cookies or other technologies, or moments when you sign into an account on another company’s website.

You'll also see a small key in the top right corner of your screen. This tells you that the VPN is connected and your network is secured.

Because of the extra step of encrypting your data to keep it private, VPNs inherently use more battery. This extra encryption also means about 5-10% more data is consumed. So you may notice a little more battery drain and data usage while the VPN is running and you use the internet. As a result, Android will also report that the Google One app is using more mobile data.

Why can't I dismiss the notification? 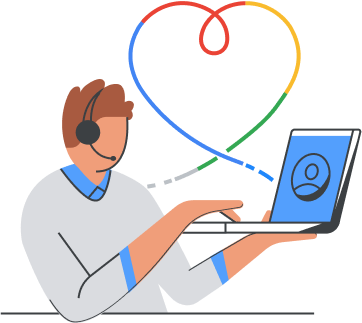