A predictive audience is an audience with at least one condition based on a predictive metric. For example, you could build an audience for ‘likely 7-day purchasers’ that includes users who are likely to make a purchase in the next 7 days.

Once your property is eligible for predictions, you can use suggested audience templates to create your own audiences with conditions based on those predictions.

To edit a predictive condition as you create an audience, choose one of the configuration options: 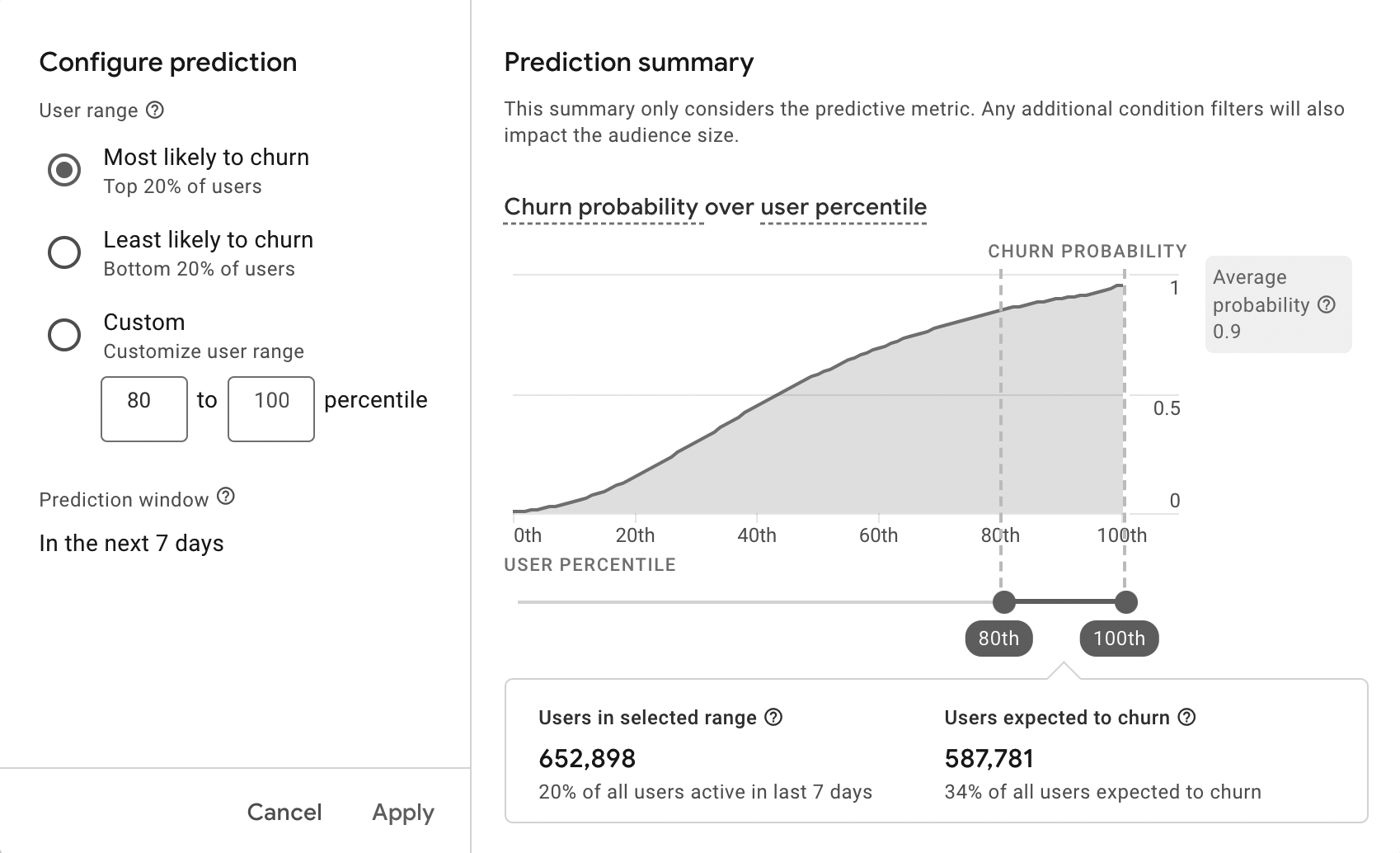 Default prediction configuration for churn probability, set to include 80th to 100th percentile of users (top 20% of users). 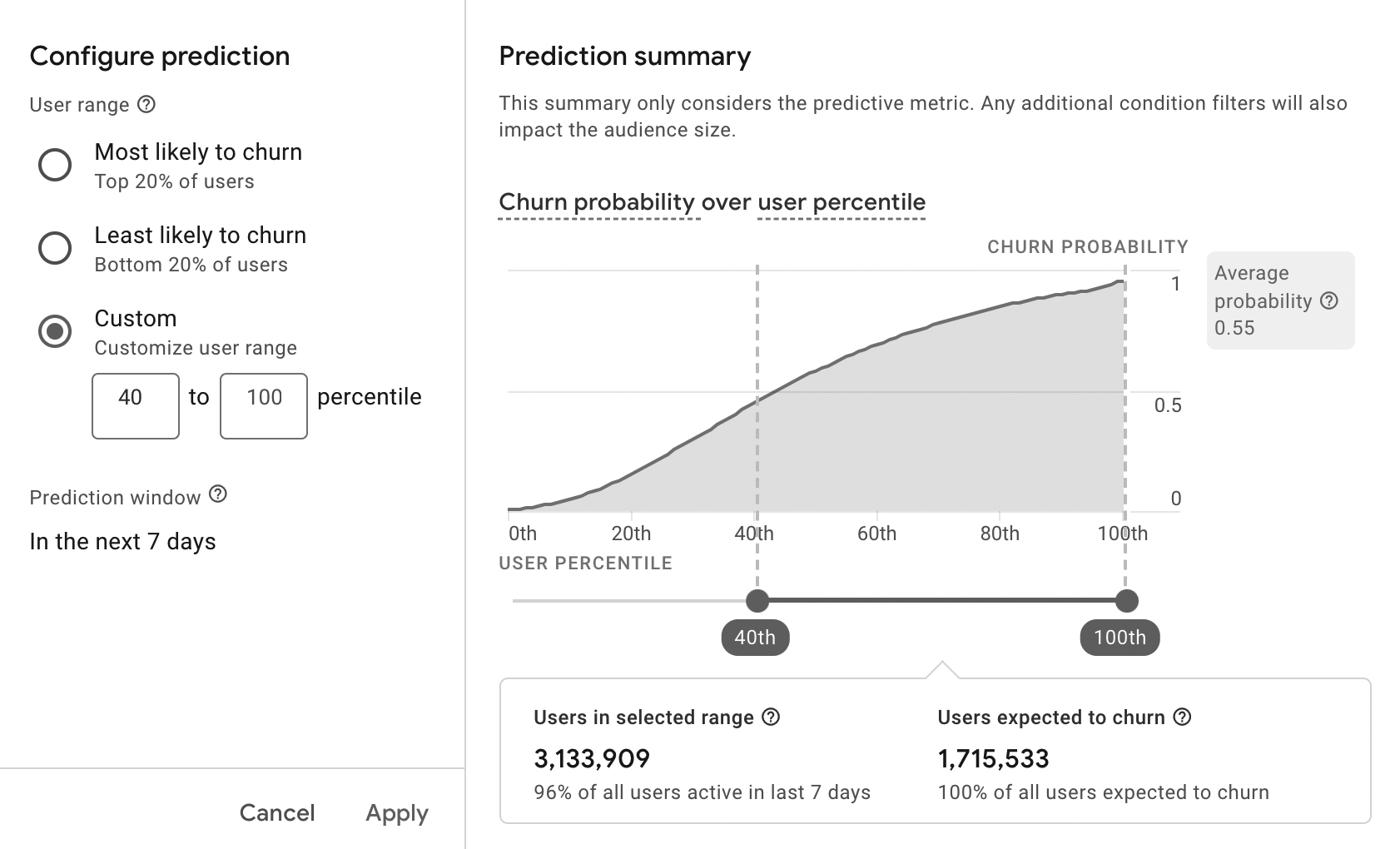 Modified prediction configuration for churn probability, set to include 40th to 100th percentile of users (top 60% of users).

In your advertising products

Predictive audiences are automatically shared with any advertising accounts you have linked to your property (e.g., Google Ads, Display & Video 360, Search Ads 360).

Users who are on the threshold of converting are more easily convinced to complete those conversions. For example, users who have studied product details or added items to their carts have given strong signals that they’re already taking ownership of those products. Analytics goes beyond these simple signals and uses machine learning to find deep patterns of behavior that are unique to your property and show that a user is likely to convert. A persuasive follow-up from you via a well-crafted remarketing campaign can provide that last nudge they need to complete the process.

While users who are likely to churn are signaling a waning interest in your business, they have also previously demonstrated engagement with your business. Approach them again with reminders of the value you offer in terms of product variety, quality, and price, or convenient shipping and return options. Remind them of their value to you with special offers.

The suggested audiences include users who exceed thresholds for the predictive metrics. For example, users are included in the "Likely 7-day purchasers" audience when their "Purchase probability > 90th percentile". If, for example, the modeled data were based on 1000 users, the 90th - 100th percentile would include the 100 users (the top 10%) with the greatest purchase probability. Users who exceed or are at the 90th percentile, the top 100 users, would be included in the audience.

If you add other conditions to the audience, you can reduce the number of users who will be included. For example, if you include Age or Region, or add a condition based on an event count, you might eliminate some of the 99 users who would otherwise be included.