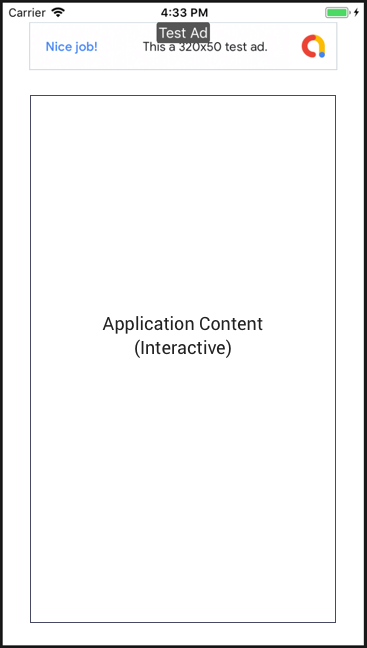 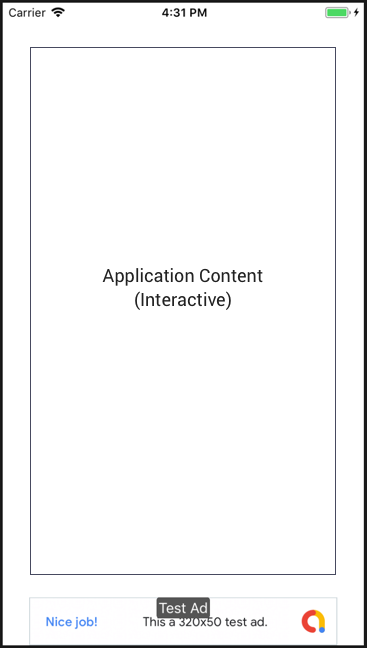 Banner ads that remain on the screen while a user scrolls through other content may be placed at the top or the bottom of the screen, as long as there are appropriate borders and/or sufficient separation from the app content, especially from navigational elements such as menu bars. If using a border, it's recommended that the border is non-clickable. The examples below illustrate implementations of a banner ad either at the top or bottom of the app, with the ad separated clearly from the app content and/or custom navigation and menu buttons by a border. 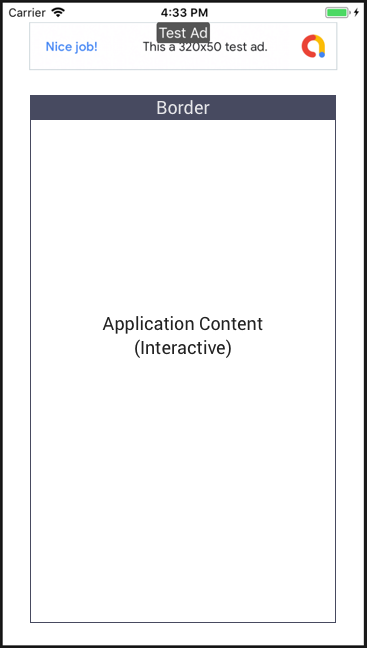 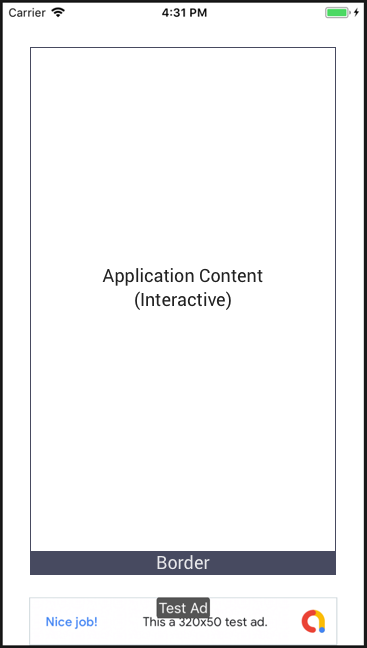 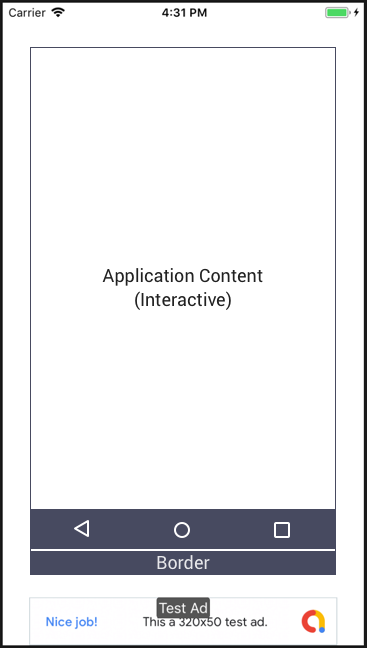 Allocate a fixed space for the banner ad

Adaptive banners are ad units that render the best size for any device and orientation. To pick the best ad size, adaptive banners use fixed aspect ratios instead of fixed heights. This results in banner ads that occupy a more consistent portion of the screen across devices and screen sizes.

Learn more about adaptive banners for Android and iOS.

Note that smart banners are also available, but these only stretch to fill the width of a screen and require a chosen fixed height. Learn more on Google Developers.

Next: Banner ad guidance: 300x250
Was this helpful?
How can we improve it?