This feature is currently in beta release to a limited group of publishers.
Next: Create an IDFA message
IDFA (Identifier for Advertisers) is an Apple iOS feature that identifies a user's mobile device. You can use Privacy & messaging to show your users an IDFA message immediately before the iOS ATT alert. IDFA explainer messages give users more context and help them understand what their data might be used for.

You can create, edit, and publish IDFA messages in Privacy & messaging. In your IDFA messages, consider including details about how you use user data and how your users can opt in to allow for the use of IDFA in your message. To engage your users, you can customize the messages—for example, by matching the writing style and color scheme of your iOS apps.

On iOS 13 and earlier, the IDFA was available by default with the exception of users who had limited ads personalization in the settings on their iOS device.

On iOS 14.5+, users are required to explicitly give permission in order to use the IDFA. Adding the AppTrackingTransparency permission to your apps adds an ATT alert (the “iOS ATT alert,” for short) that asks users to allow access to and use of identifiers like IDFA.

Structure of a message

An IDFA explainer message contains multiple "screens" (or "pages") that are shown to users when they view your message. 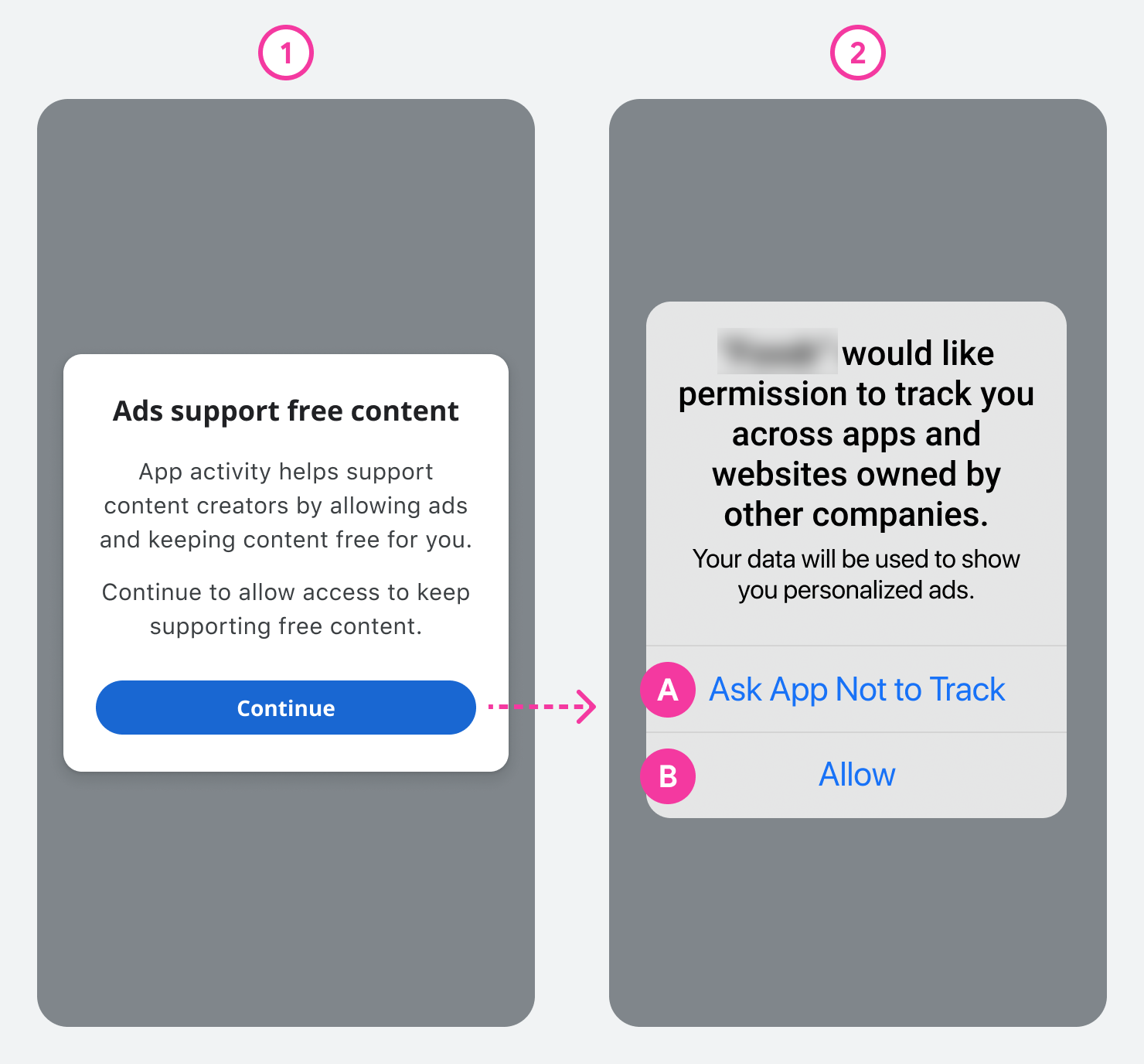 IDFA messages include the following elements:

To use Privacy & messaging to manage and publish your IDFA explainer messages, you'll need to integrate the UMP SDK version 1.1.0 or greater into your apps, along with your GMA SDK. You can take these steps as you prepare for the release of iOS 14. Visit developers.google.com for information on using the UMP SDK for AdMob and Ad Manager.

Which message your users will see

If you aren't using Privacy & messaging to gather consent for GDPR, your users will always see the IDFA explainer message immediately before the iOS ATT alert.

If you are using Privacy & messaging to gather consent for GDPR, the following scenarios will occur:

Ad Manager users can create a report using the IDFA metrics to understand more about how users are interacting with your IDFA messages and iOS alerts.

Next: Create an IDFA message
Was this helpful?
How can we improve it?