/photos/community?hl=en
This content is likely not relevant anymore. Try searching or browse recent questions.
PauAndWil
PauAndWil Original Poster
11/15/18
Why do my photos keep being deleted from my device without me doing so? (But stay in Google Photos)
1
Good afternoon everyone.

Lately I've noticed something happening a lot to me where photos that I have downloaded to my (Android) phone (or even took with my phone) end up being removed from my device, but stay in Google Photos.

This occurs without ANY input from me; that is to say I am not purposely deleting these at all. An unusual pattern I've noticed as well is that it seems to occur to the SAME photos each time (or newer ones for the first time). As well, this occasionally removes entire albums/folders from my Google Photos app on my phone.

For example, I downloaded a bunch of pictures, put them into a device album/folder (Utilizing the App option in the "..." in the top right called "Move to Folder", then "New Folder") called "D&D Characters", and then today noticed that the entire album/folder was gone, and the photos were gone from my device. They still existed, however, under the "Photos" tab in the bottom-left of the App.

Being curious and wanting to investigate, if I opened the photo and selected "Info" under the "..." options in the top-right of the photo, the usual file path of "/storage/emulated/0/Pictures/D&D Characters/1419834706685.jpg" was replaced simply with the file's name "1419834706685.jpg", but no file-path to indicate it was on my phone any longer - the photo only existed on the Google Photos back-up/cloud/sync.

In further noting, any photos that had the file-path gone, I could click "Save to Device" in the top-right options menu, and it changed the Info to include the file-path again, and I could then move it to an album/folder on my device again. I have done this SEVERAL times before with many of the same photos, and it ends up downloading them to a "Downloads" album/folder in the Google Photos app, and I have to RE-organize into the albums/folders they were in (For clarification, I do NOT mean I am moving them while hooking my phone up to my computer. I don't do any organization on my computer file Explorer, on my Google Account on my PC, or outside of the Google Photos app on my phone). But then a while later (I don't know the exact timing), the photo will once again be removed from my device and stay saved in Google Photos.

I have NEVER clicked the "Free Up Space" option, to clarify as well.

I KNOW others have experienced this before, and I have noticed threads from last year, or further back experiencing almost the EXACT same issue. There's generally no true answer to why this occurs, if there's a proper fix, and in many cases an expert responds, says they'll follow up, and then goes permanently silent.

I want to fix this issue on my phone so I don't have to continually scroll through 100+ photos and click "Save to Device" every week or two. Can anyone with Google give a full answer to this issue and address it? I've seen a few instances where people say "It's impossible to create folders using Google Photos", but if that's the case, why would the option be CALLED "Move to Folder" ? 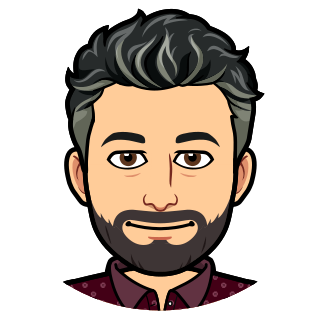