Next: Assets Overview and Creative Submission

Video ads (formerly in-stream video ads) are ads booked on a reservation basis to appear on YouTube watch page videos and YouTube channel pages with featured videos. These ads may run on YouTube desktop, mobile web and apps, connected TV, and game console properties,as well as embedded YouTube players on other sites. Along with the video ad, advertisers also have the option to include a companion banner that can appear on the side of the desktop watch page.

Please note that video content must be at least 30 seconds long in order to be eligible to serve video ads.

The video ad can appear when a user initiates video play either in the beginning (pre-roll), at points in between (mid-roll), or after (post-roll). Video ads are offered as either skippable or non-skippable, and may be served as a YouTube-hosted video (recommended) or a third-party-hosted video.

Skippable: In a skippable video ad, viewers are given the choice to skip the ad after the initial 5 seconds. After the view of a skippable ad, it will increment the YouTube view count at the 30 seconds mark or when the ad has been watched completely (creatives must be at least 12 seconds long to increment view counts). Skippable video ads can be a maximum of 6 minutes long.

Components of a Video Ad

The following screenshot shows the various components of a video ad. 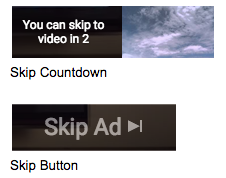 Channel Engagement Panel (site-served only): If the video creative is YouTube-hosted, it will automatically pull in information about the channel hosting the ad, such as channel name, channel icon, and name of the video to boost additional channel engagement. These will not appear if the video is not hosted on YouTube.

CTA: Advertiser can also provide an external URL as a call-to-action (CTA) for the ad; this link will appear as “Visit Advertiser’s Site” on all reservation video ads, and is not customizable. Clicking this link will lead the user to the provided URL.

Optional Companion Banner (site-served only): Companion banners are optional image banner ads that appear on the top right corner of the watch page for the duration of the content video. When an in-stream video ad ends (or is skipped) the companion banner remains on the YouTube page and the user can click on it at any time. If you choose to include companion banners, be aware that that they’ll display only in the context of a desktop watch page on YouTube. They do not appear on mobile devices, embedded players, connected TVs, or on game consoles.

300x250 Companion Banner (Auto-generated): In some cases, if a custom companion creative (300x60) is not supplied and the ad is a public YouTube-hosted video, a video wall companion will be automatically generated which includes information about the channel hosting the video ad. The automatically generated companion links to the channel, and will include the channel icon and name, link to advertiser’s site, as well as thumbnails of up to 3 videos from the most recently updated playlist on that channel. 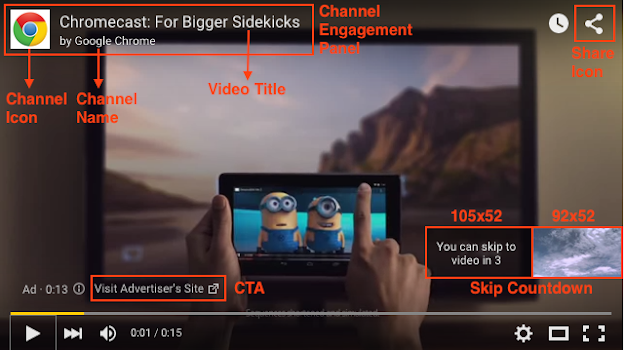 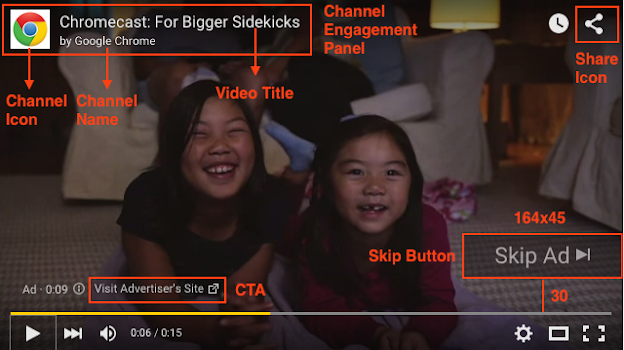 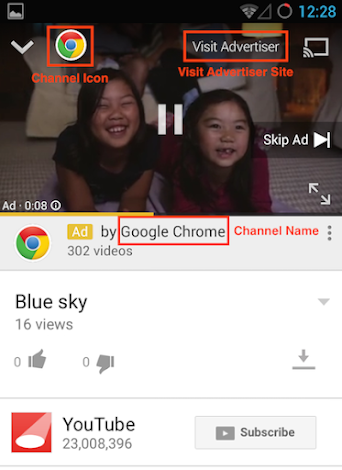 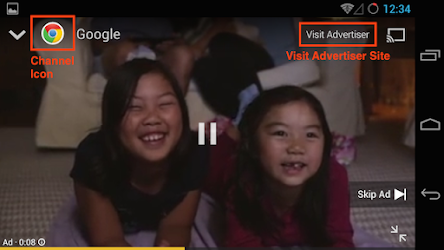 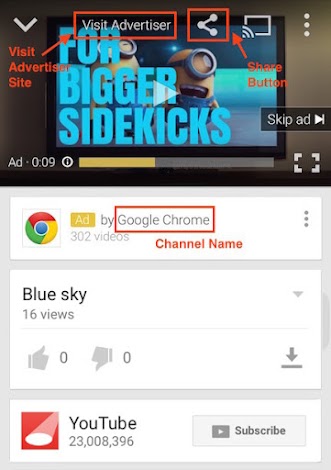 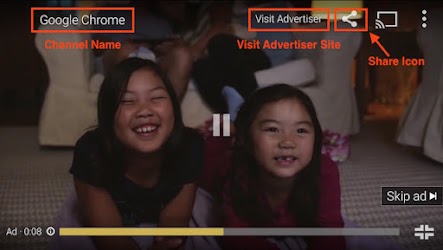