Cohort analysis starts by finding the users who satisfy the selected inclusion and return criteria. You can create cohorts based on your user's acquisition date, an event they triggered, their transactions, or their conversions.

Cohorts are based on the user's device data only. User-ID is not considered when creating a cohort.

Cohort analyses group cohorts into daily, weekly, or monthly granularity. The data table shows how many users belong to each cohort for the duration of the analysis.

Defines the initial condition a user has to meet to be included in a cohort.

Defines the returning condition a user must meet to be included in a cohort.

For example, you can use cohort analysis to see how product quality is affecting user retention by defining a cohort that includes users who experienced an error and subsequently uninstalled your app.
To do this:

For example, you could break down the app errors cohorts you defined above by Mobile model to see if there are problems on specific devices.

Determines the metric to show in the cohort table. For example, Active users shows how many active users meet the criterion for being included in each cell of the table.

You'll see an explanation of your cohort configuration above the visualization. 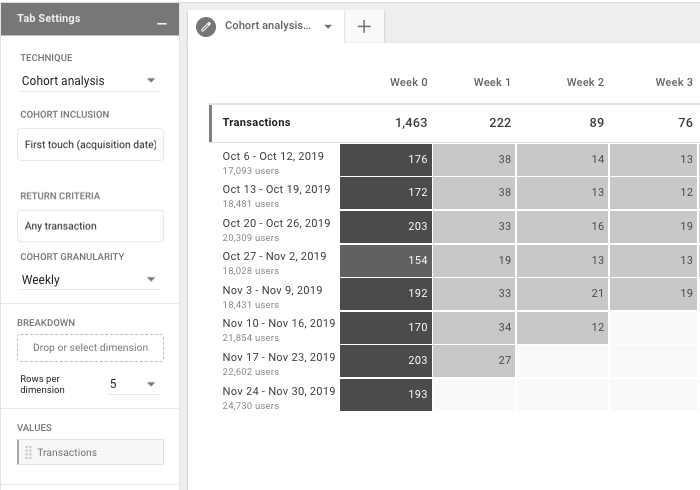 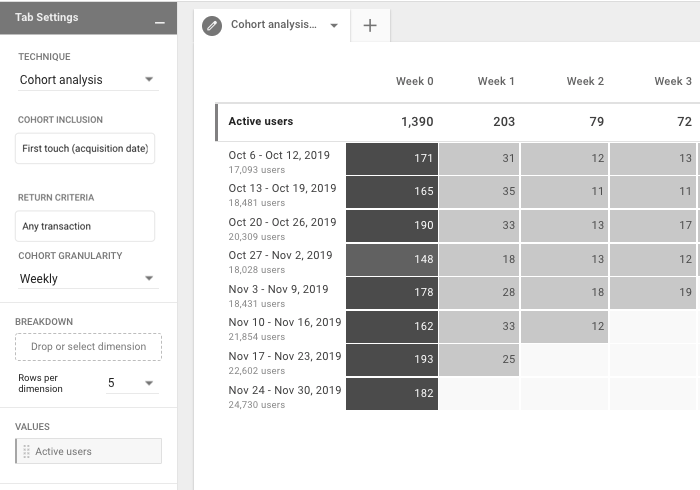 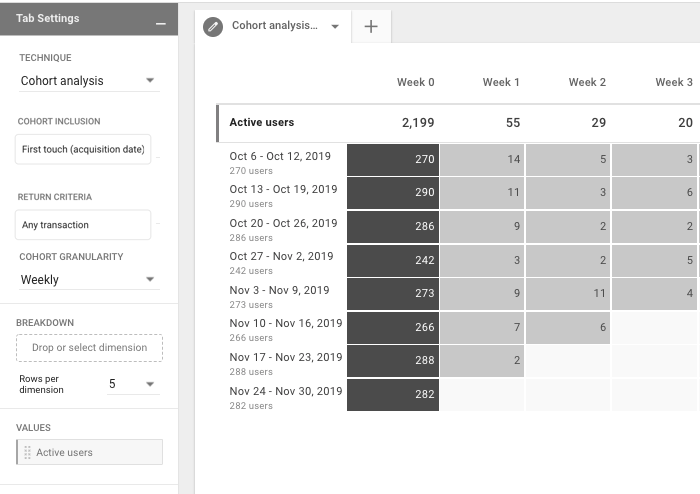 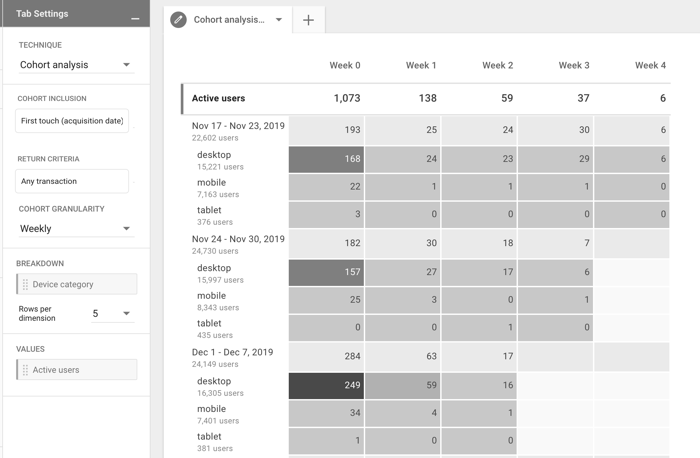