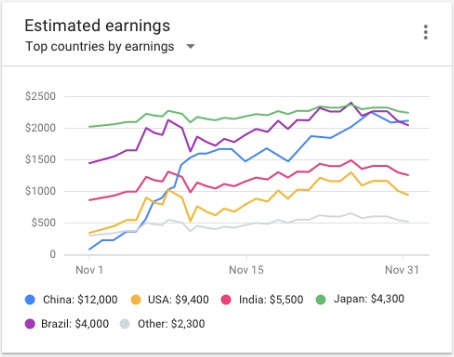 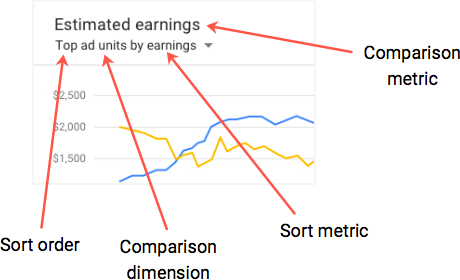 Create a chart that compares the impression RPM from ad units with the highest estimated earnings. See what ad units are likely to generate the most revenue. 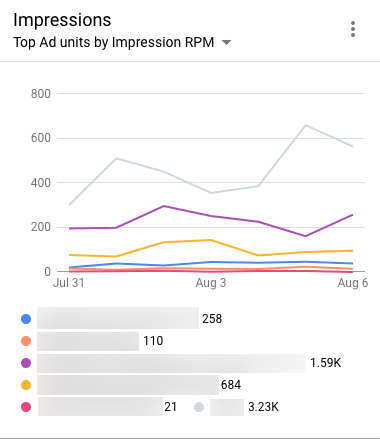 Create a chart that compares the estimated earnings from the various countries your apps are used in. See where your apps are most profitable. 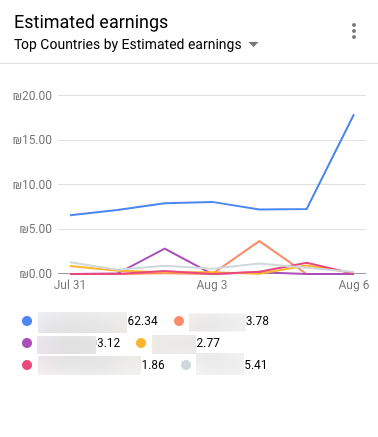 Create a chart that compares the impressions from the ad sources that generate the most impressions. See which ad source is seen the most by your users. The Ad sources dimension is only available in the Mediation report and saved reports created from it. 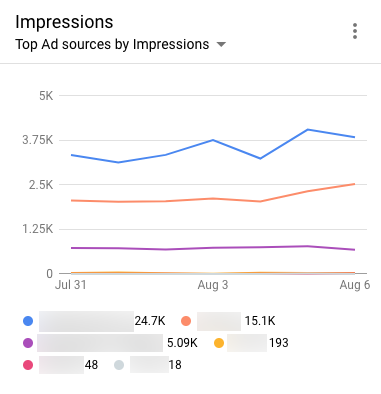 Create a chart that compares the impression CTR from your apps that generate the most impressions. See which of your apps has the highest click-through rate. 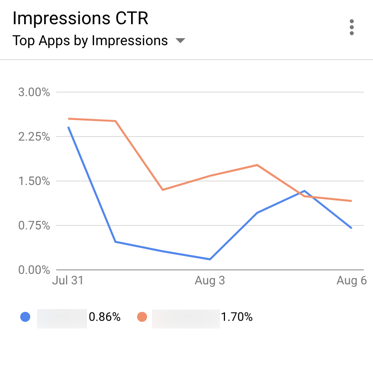