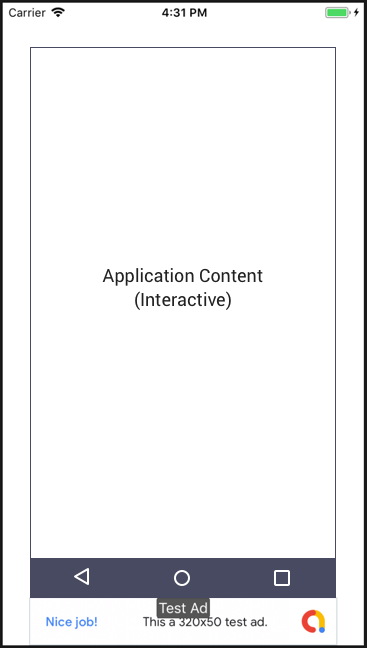 The banner ad example below shows an ad sandwiched between different areas of the app content: the interactive app content and the custom app navigation/menu buttons at the bottom. Users are likely to cross this banner ad multiple times while at a higher level of engagement with the app. Consequently, they are more likely to click on the banner ad in this scenario accidentally. This banner ad placement can put your app or your account at risk if too many accidental clicks occur, and we recommend against such an implementation. 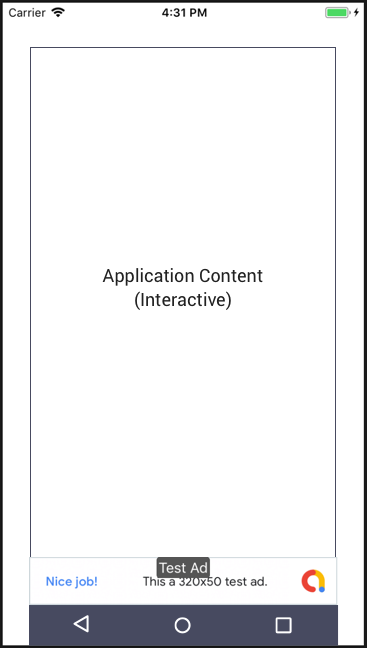 Banner ads should not float or hover over app content. If an app has a scrolling menu, banner ads should not pop-up or be placed over the content of this menu, as seen in the example below. Also, banner ads should not move as a user scrolls, as users may try to click on the menu but end up clicking on the ad accidentally instead. This specific implementation is against policy and we reserve the right to disable ad serving to your app. 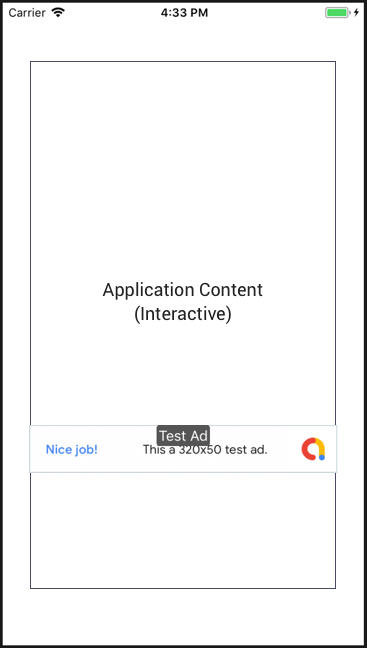 You can watch this video about overlapping content and how to resolve it if you receive a policy violation.