Expand all  Collapse all 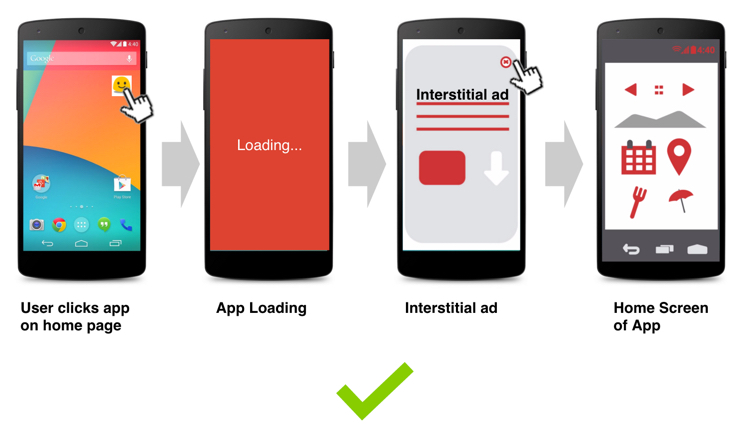 Don't surprise users with interstitial ads. Placing interstitial ads so that they suddenly appear when a user is focused on a task at hand (for example, playing a game, filling out a form, reading content) may lead to accidental clicks and often creates a frustrating user experience. For this reason, interstitial ads should only be implemented at logical breaks in between your app's content (for example, pages, stages, or levels) to ensure that the user is prepared to engage with the ad.

A common issue is that even though you may intend for the ad to load in between page content, the ad itself appears shortly after a new page of content has loaded due to carrier latency. To prevent this from happening, we recommend you pre-load the interstitial in advance. To learn more about how to pre-load your interstitial ad, follow the Ad Exchange Interstitial Ad developer guidelines for apps developed for Android and iOS.