The “Ownership conflicts” section of your Content ID "To Do" section provides you with a running list of assets you own that have encountered conflicting assertions of ownership on the YouTube platform. Asset ownership conflicts arise when multiple content owners claim asset ownership percentages that add up to over 100% in a specific territory.

What happens when an asset has ownership conflicts?

If you're monetizing claimed videos based on an asset that is in ownership conflict you may lose revenue until the conflict is resolved. By default, your ownership conflict list is ordered by “daily views in conflict” on each particular asset, helping to you identify and resolve ownership conflicts with the highest revenue priority first.

Here’s how to make sure the appropriate ownership information is designated for your asset: 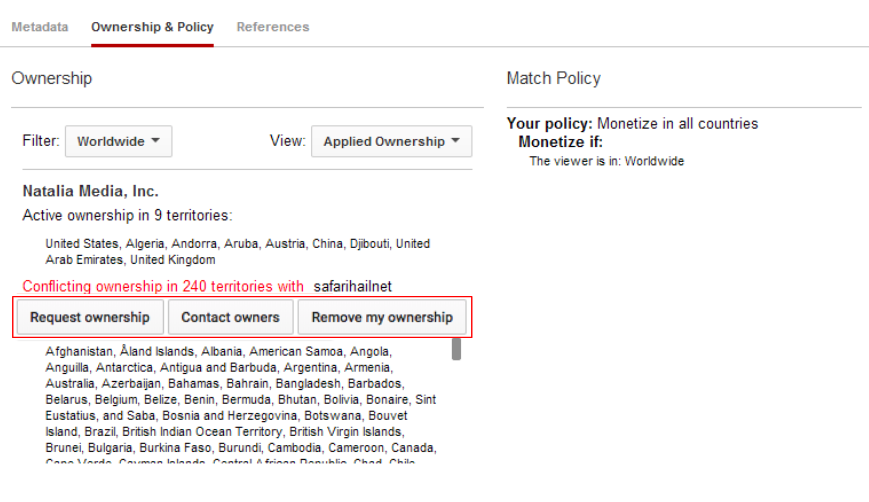 Was this helpful?
How can we improve it?
true
Search Help Center
true
59
false