Your overview page includes a chart with the response counts for each question. 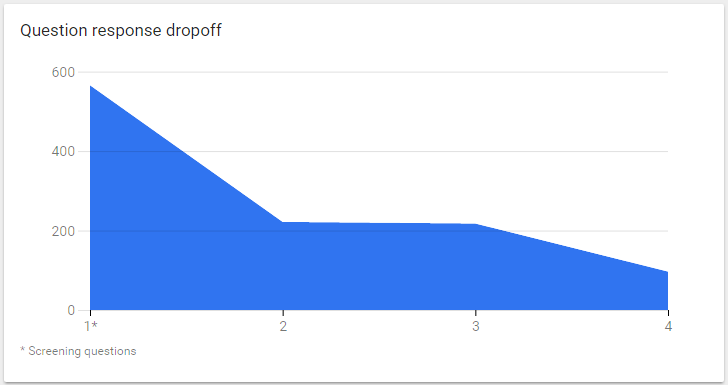 Response counts can decrease from question to question within a survey for several reasons. This example shows some reasons for response drop-off, and how we classify survey responses and non-responses. 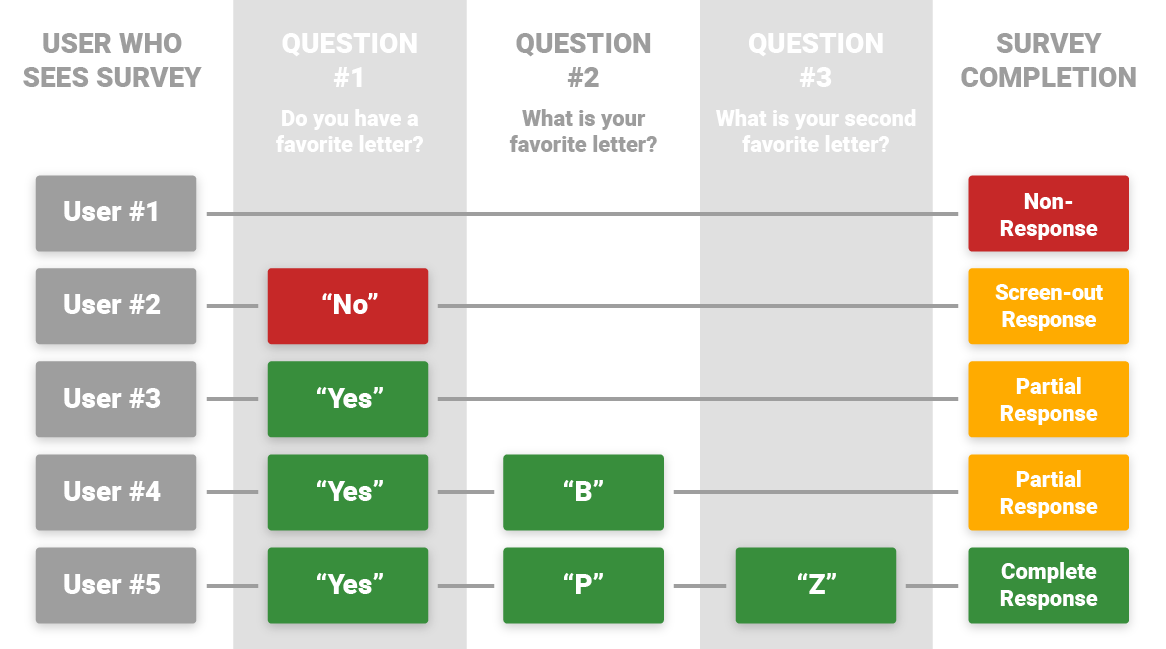 If you see a large drop-off in your survey responses when there isn’t a screener, look for a reason why users prematurely exit the survey. Too many partial responses can introduce bias: for example, if you ask about equipment for an obscure sport, users who haven’t heard of that equipment may not answer the question at all. Then your results may be biased towards users who have heard of that equipment. In that case, you may want to introduce a screener or reword the questions.

Get answers from community experts