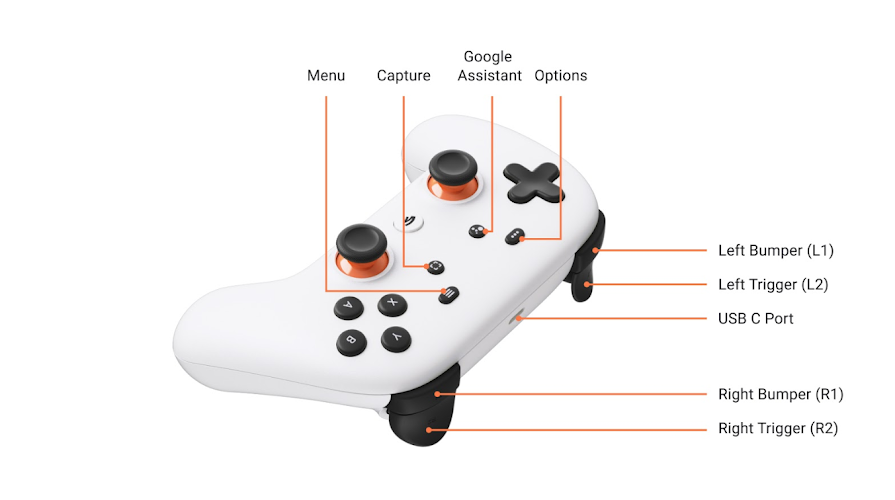 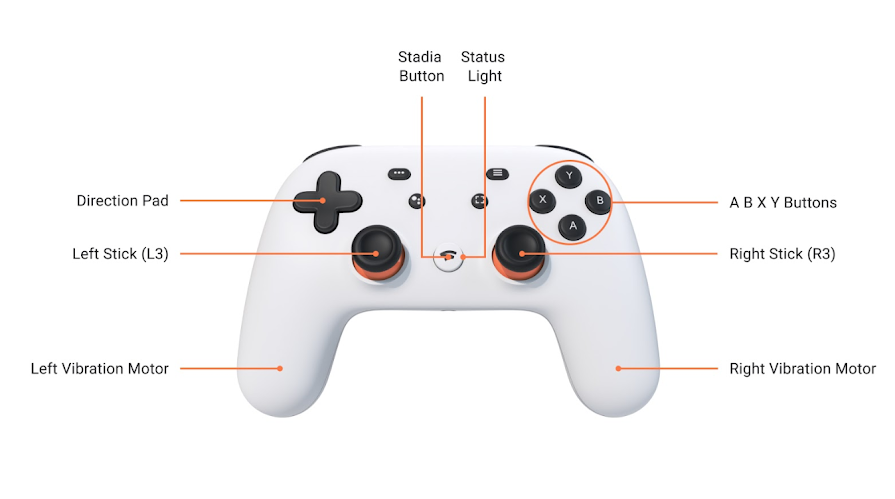 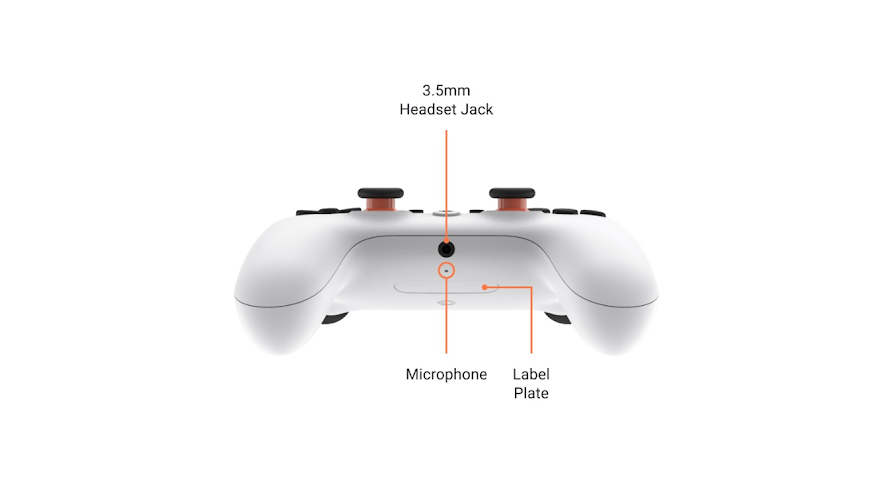 The Stadia button is used to access menus, turn the Stadia platform on, and has a built-in status light.

Note: Stadia does not currently support headphone or headset connections via Bluetooth.

Was this helpful?
How can we improve it?
true
Search Help Center
//www.google.com/tools/feedback/metric/report
5073854