An advertiser in Search Ads 360 is first created in Campaign Manager 360 and is the next organizational object in the hierarchy of a virtual Search Ads 360 advertising agency.

A Search Ads 360 agency models an agency structure in that it can contain multiple advertisers. Within each advertiser are usually various engine accounts, such as Google Ads and Microsoft Advertising, that are use to manage and track the effectiveness of search marketing campaigns. 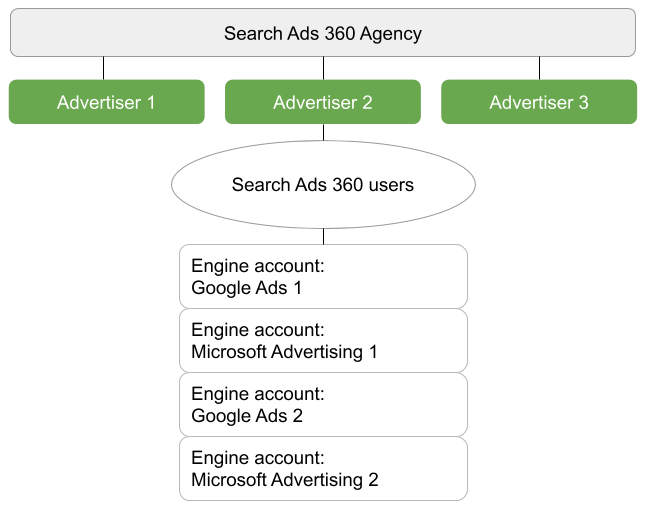