Optimize supports the following change types in the visual editor:

Style change allows you to implement the instruction using a CSS rule:

...or use the target element’s style attribute:

The visual editor defaults to the most correct syntax, favoring the CSS Rule approach.

If there is a more specific CSS rule in the page that overrides the new rule, the visual editor will use the "important" property, e.g.:

The editor will only use the element's style if the above rule is also overridden by a more specific rule on the page.

The CSS Rule approach minimizes flicker (caused when unstyled content appears briefly before the CSS loads). In contrast, changing a style property using element.style requires that the element already exist on the page, thereby increasing the chance that it will be briefly visible to the user before it is changed.

You can examine the options that the editor picked, and modify any of them by editing an existing style change. 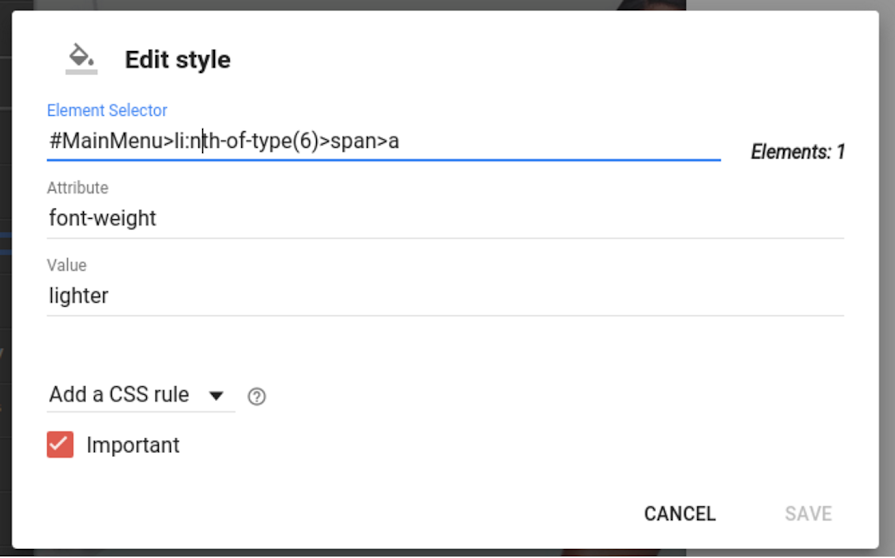 Used when you make inline text edits in the editor. When an element contains text interleaved with child elements, the editor indicates the part of the text that was modified. In the following example, you can only change one of the parts, e.g. "Some text." To edit, click each part individually, or tab to move to the next part.

The following modes are supported: 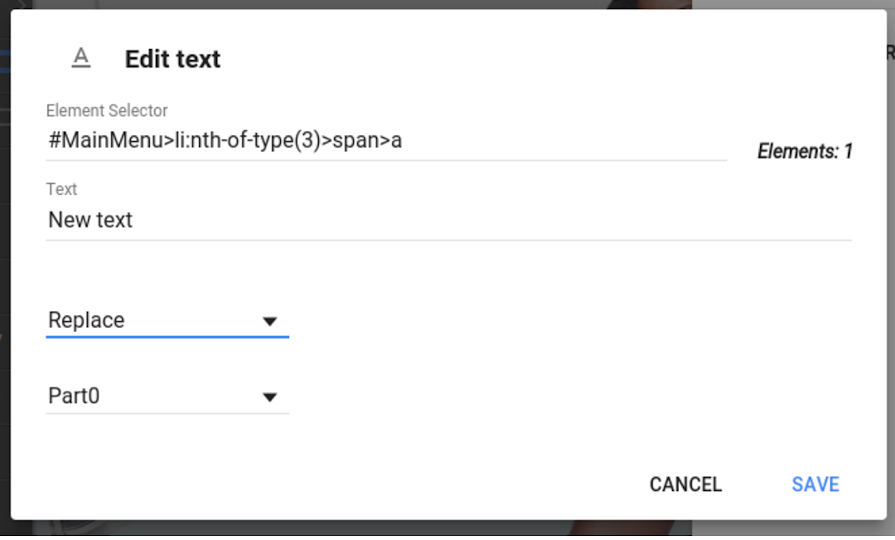 A Text change is safer and less invasive than an HTML change. It is preferred when only the text is modified. A Text change does not have side-effects in document structure (and CSS selectors or other elements) and does not affect event handlers that may be registered in the target elements.

Used to replace or insert new HTML. The following modes are supported: 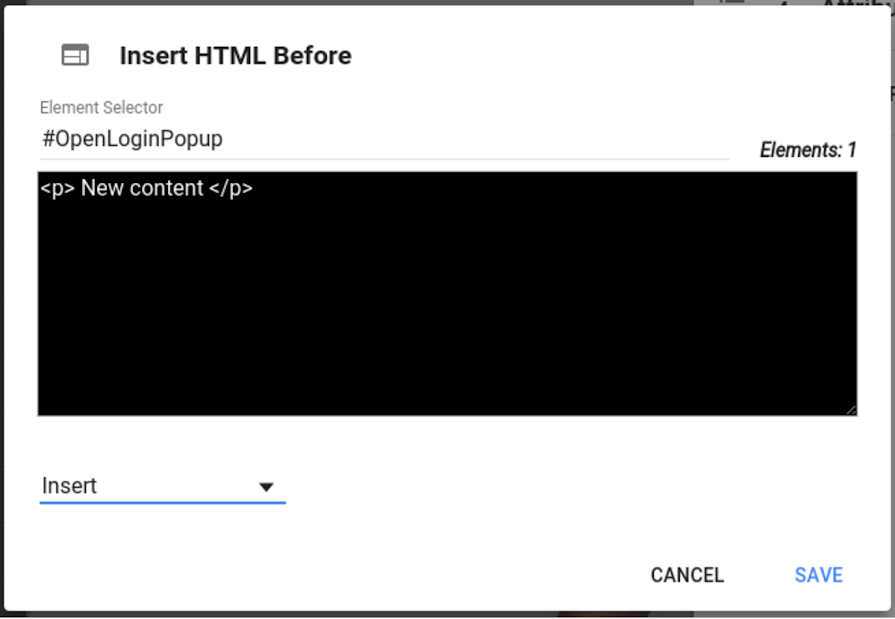 An HTML change will result in the loss of all non-inline event handlers. For example, this button will stop working after an HTML change (e.g. Insert HTML before):

HTML changes happen after the initial HTML content has been parsed by the browser, so any scripts that it contains will have already been executed. For this reason, the visual editor removes script tags when loading the HTML content for editing. You cannot include scripts in new HTML content. To run a new script as part of a variant, use a Script change (Run Javascript). You cannot modify existing scripts.

Two approaches are supported for dragging and moving an element to a different location on the page. The default approach produces a Reorder change, which changes the placement of the element in the DOM. The element will have a new parent and/or sibling element(s). This typically results in the element adopting the style of the elements in its new area.

Use a Reorder change when reordering menu items, or other similar looking elements.

A Reorder change involves a source and a target CSS selector which can be changed from the related dialog as well as a Move mode:

You can also use "head" or "body" for the CSS selector and run the JavaScript just once (since there is only a single such element in the page). The selector you use, in combination with its "run at" option, affects the preconditions that determine when the script will run. Read When change instructions are applied, below.

If a CSS selector matches multiple elements, the provided script will run multiple times, once for each element. On each call, the element is passed as the single argument of the function.

Each call takes place as early as possible based on the selected option: 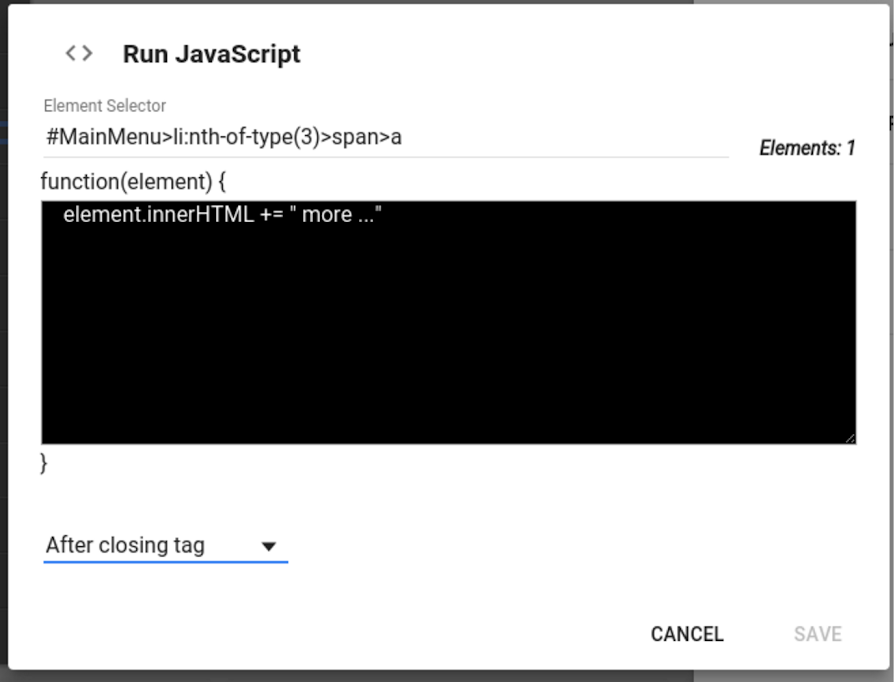 As with other change types, a Reorder change allows you to modify its source and target CSS selectors to match multiple elements. For example, by selecting multiple source elements, you can move all items of a menu into a different menu.

A Reorder change also supports a target selector that matches multiple elements. This can be used to change the order of two table columns or any other tabular structure in the page.