Reaggregation is a common need in data visualization. This article will help you understand the concept of reaggregation and how to achieve it in Looker Studio using data blending.

To reaggregate metrics in Looker Studio, use data blending. Blending lets you work around the fact that previously aggregated fields are set to the AUTO field type. You can't change this field type, nor can you apply another aggregation function to such fields.

For example, to find the average change of stock prices per sector in Looker Studio, you'd create a blend configuration that joins the same data source with itself. Use Sector as the join key, and include the Average Price Change metric in both the left and right data sources, as shown below: 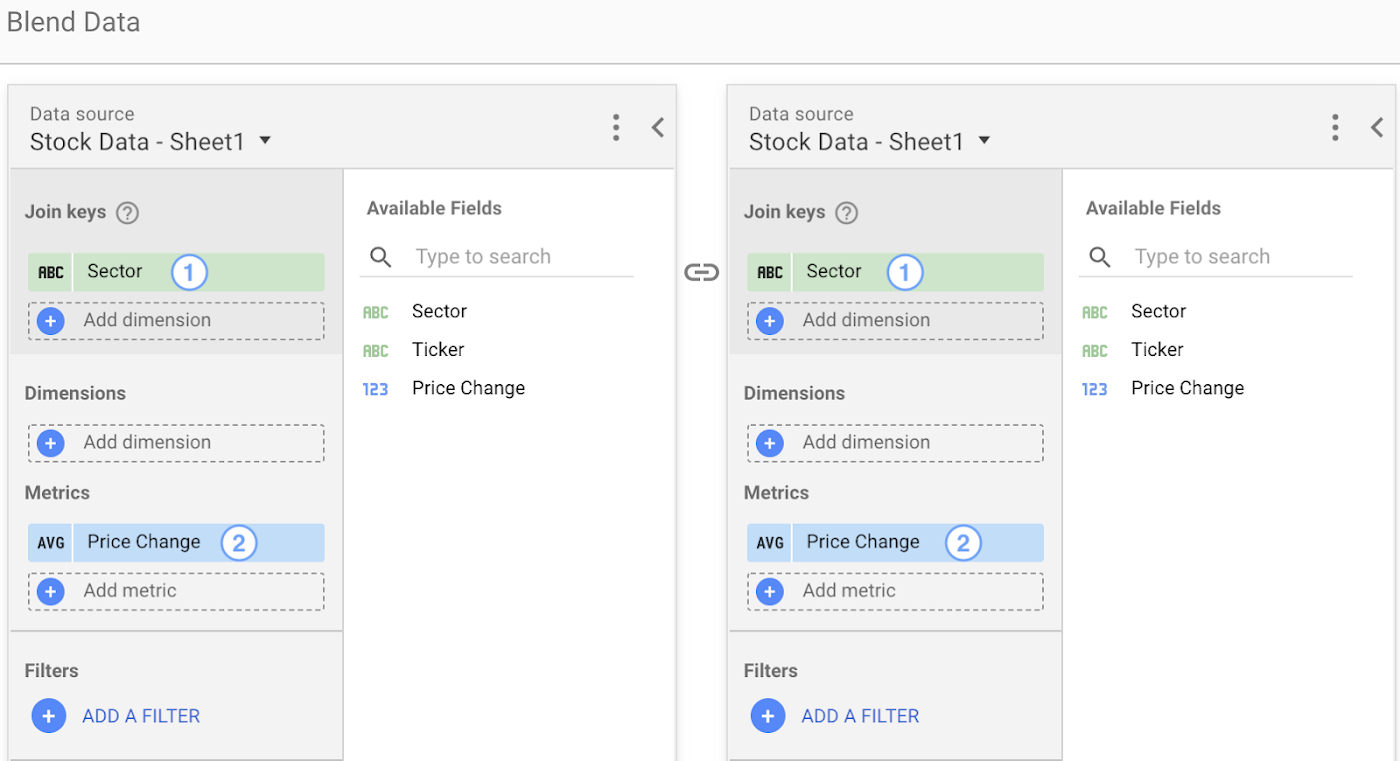 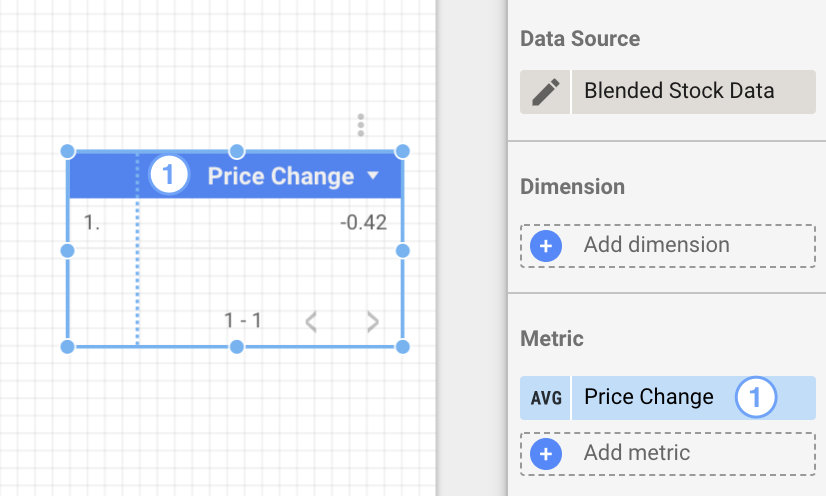