Managing the load for multiple connectors on the same host

In some cases you may need to start multiple Connector 4 instances on one server (e.g., several instances of the SharePoint connector to crawl different site collections). Administrators may want to configure the GSA to mitigate excessive load on content servers and prioritize crawling for one of the connectors.

The goal is to configure host load so the content is actively crawled by one or a set of the connectors.

The GSA uses the host load feature to control load on content servers that need to be configured in a specific way to balance the load.

You have three connectors to crawl SharePoint, Filesystem, and Database content from one connector host. Connectors are configured to run on different ports:

To configure the GSA as described, perform the following steps in the Admin Console:

In general, the IP host load should be the SUM of all individually configured host loads. 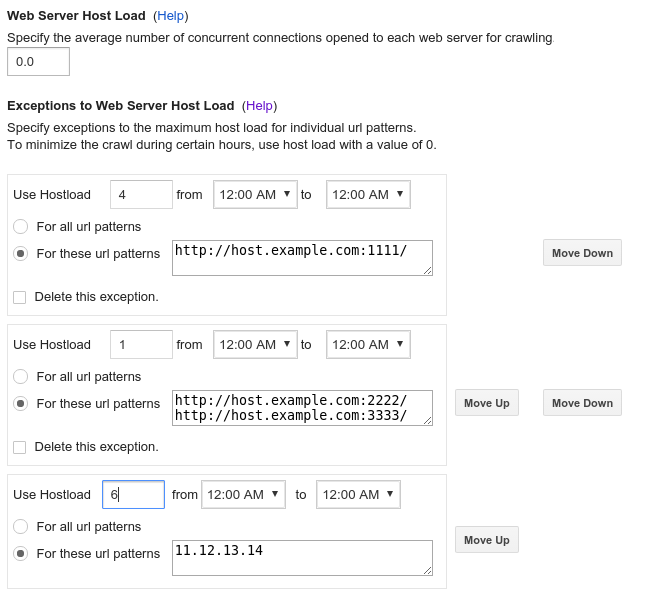 Additional Details: For more details about configuring host load, see About the Load on the Web Server Host

Was this helpful?
How can we improve it?
true
Search Help Center
//www.google.com/tools/feedback/metric/report
100447