/fi/community?hl=en
This content is likely not relevant anymore. Try searching or browse recent questions.
Original Poster - Brandon Dendinger
9/16/19
eSIM on Pixel 2 XL stopped working. When I try to activate using Google Fi app, I get ID: E0X20005. 1 Recommended Answer 38 Replies 27 Upvotes
1 Recommended Answer
$0 Recommended Answers
A few days ago my phone just stopped connecting to the cellular network. After digging through settings in the phone, it doesn't seem to recognize the eSIM data. I've tried "re-activating" using the Google Fi app, and it fails with an ID: E0X20005 code. When I try again, the activate screen pops up, then keeps re-appearing. I've erased the eSIM from the phone, and it still does the same thing. When I go to mobile network in the settings, Google Fi shows up, but when you tap on it, it shows it is toggled off. I've tried toggling it on, but the screen just flashes, and "Google Fi" stays toggled off.
I've cleared the cache and data of the Google Fi app, with no change.  I did the same with the carrier services app, still no effect.  I've rolled back the carrier services app to see if that did anything, but it didn't  I've tried several variations of the above, with reboots in between, deleting the eSIM data, rebooting, and I'm still out of luck.
I've even performed a factory reset, and it still won't activate. I've called Fi support, and it's been several days of email responses, some in which I have to repeat previous answers and I don't feel like any progress has been made.
I'm on a Pixel 2 XL, running Android 10 with the September 5th, 2019 security patch.
Not being able to receive texts is a huge problem in today's world of two-factor authentication.
Has anyone else had a similar issue? One minute it was working just fine, now it stopped.
Details
Technical and Hardware Support, Pixel device, Report an issue or problem
Community content may not be verified or up-to-date. Learn more.
Recommended Answer Recommended Answers (1)
Original Poster - Brandon Dendinger
9/27/19
Recommended Answer
The engineering team got back with me today and we resolved the issue.  Below is the fix, I hope it helps resolve your issue like it did for me.
(My comments are in parentheses)
Dial *#*#4636#*#* to get to the network settings
(At first nothing happened for me, but after a few seconds the menu appeared.  If you don't see it at first, enter the code in the dialer again)
Tap on Phone Information
There's a small drop down with network settings. Check to make sure that it's set for: LTE/CDMA/UMTS auto (PRL)
(Mine was set to LTE/CDMA auto (PRL), no idea why it was different or what may have changed it)
Do not change any other settings on this screen. Close the menus and attempt to reopen the Google Fi app and activate.
Cheers,
Brandon
Platinum Product Expert
Peterfield53
recommended this
Original Poster
Brandon Dendinger
marked this as an answer
Helpful?
All Replies (38) 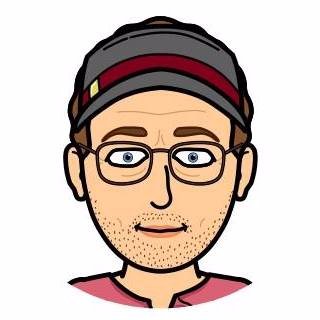