How Fi keeps your calls secure with end-to-end encryption 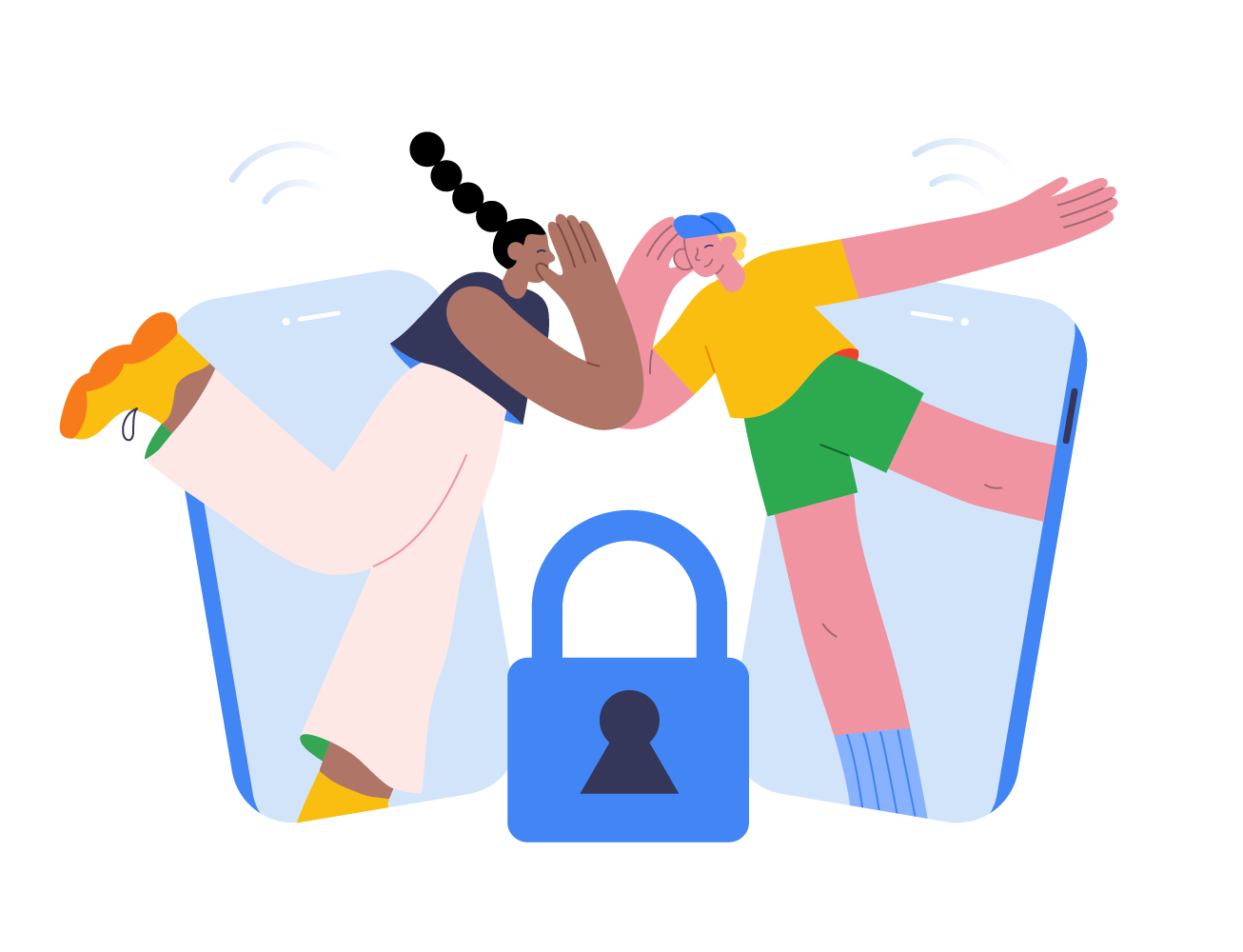 When you use end-to-end encryption, nobody, including Google, can hear your call’s audio since they don't have the secret key for each call.

on the screen before your call is connected and during the call. When you place any encrypted call, you’ll hear a unique ringing tone before being connected.

Voicemails are not end-to-end encrypted.

How we protect your data

End-to-end encryption is an industry standard security method that protects data in communication.

Encryption means your data is hidden using a secret code. A key is needed to decode and access the data. When your call is end-to-end encrypted, only the caller and call receiver have access to the key so no one else, including Google, can hear the contents of your call.

This means that when your call is end-to-end encrypted, the audio of the call is encrypted from your device to the device of the person you’re calling. The encrypted audio can then only be decoded, or accessed, with a shared key.

This key is a number that’s created on your device and the device you called. It only exists on those devices.

The key is kept private in a few ways:

If a third party gains access to the data for the call, they won’t be able to understand the call because they don’t have the key so the call audio is indecipherable.

To calculate the shared key, each device needs:

How shared secret keys are created

The devices exchange their public keys through the Fi servers but don’t reveal their private keys. Each device uses its private key and the public key from the other device to calculate the shared secret key.

End-to-end encrypted calls will go through Google Fi servers, but because Google doesn’t have the shared secret key, Google can’t decode the call.

Learn more about how to make calls over Wi-Fi.

Learn why Fi is a different kind of phone plan and how to get the most out of your Google Fi service. Get step-by-step guides and instructional videos on how to sign up, transfer your number, create a group plan, switch your price plan, etc.