MisterCanada
MisterCanada Platinum Product Expert
4/12/19
Recommended Answer
Relevant Answer
Hi Anonymous Anonymous 9586!
If you need to check this inside the cloud itself, that is currently not possible. If the same folders and files are also on your computer, you can check there.
The best way to influence the future features being added to Google's Drive products is to give your opinions/needs/requirements to the Developers through the official Send Feedback option that's part of the Backup & Sync application. You can also use the Settings / Help / Send Feedback option on your Drive's webpage interface.
Otherwise it's unlikely that Developers would know exactly how many people are requesting features/making reports of issues and such (They spend their time mostly working on features and issues, not reading forums). Using the Send Feedback will allow for behind-the-scenes categorization and prioritization of such feedback, along with easy summary total tracking of each similar request.
Here are the exact steps when going through Backup & Sync:
1) Click on your Backup & Sync icon (Cloud) on your taskbar/notification area.
2) Click on the 3 dots at the very right side to access the Settings.
3) Click on Send Feedback
Here are the exact steps when going through your Drive's webpage interface:
1) Click this to open your Drive's webpage interface: My Drive Cloud's Webpage
2) Click on the ? for Help on that webpage's top right side
3) Choose Send Feedback, typically at the bottom of the Help popup
It will not be possible to receive a reply to your feedback, but be assured that all feedback is reviewed and actioned as deemed appropriate.
Platinum Product Expert
MisterCanada
recommended this
Original Poster
Anonymous Anonymous 9586
marked this as an answer
Recommended based on info available
Our automated system analyzes replies to choose the one that's most likely to answer the question. If it seems to be helpful, we may eventually mark it as a Recommended Answer.
Last edited 7/30/19
Helpful?
-838
Relevant Answer Relevant Answers (0)
Our automated system analyzes the replies to choose the one that's most likely to answer the question.
All Replies (163)

This issue has been upvoted over 100 times.
Google user
recommended this
Original Poster
Anonymous Anonymous 9586
marked this as an answer
Recommended based on info available
Our automated system analyzes replies to choose the one that's most likely to answer the question. If it seems to be helpful, we may eventually mark it as a Recommended Answer.
Helpful?

Click on Settings (cog symbol top right), then click on 'View Items Taking Up Storage'.   This will list the largest files on your drive in size order.

Sure, if suddenly thousands of people were livid and complained about one of their choices they'd seriously look at it but not if people send in regular feedback as they come across something. If about a choice and not inline with their plans, I can't imagine it has any affect, I have never found that myself and have never heard of anything being done about changing major product choices from feedback. People have been clamoring for a Keep API forever so as to implement so many things Google never does, yet still no API.

Failing that you have to pay them... they own ya asses !!! its like yesterday I only find out GMail has a daily 500 email limit, great for my business plans... thanks for telling me that upfront Google !!
Google user
recommended this
Original Poster
Anonymous Anonymous 9586
marked this as an answer
Recommended based on info available
Our automated system analyzes replies to choose the one that's most likely to answer the question. If it seems to be helpful, we may eventually mark it as a Recommended Answer.
Helpful?
User 15884450354905809299
User 15884450354905809299
9/16/19
Recommended Answer
Relevant Answer
A solution I've found but not for those unfamiliar with Gscript 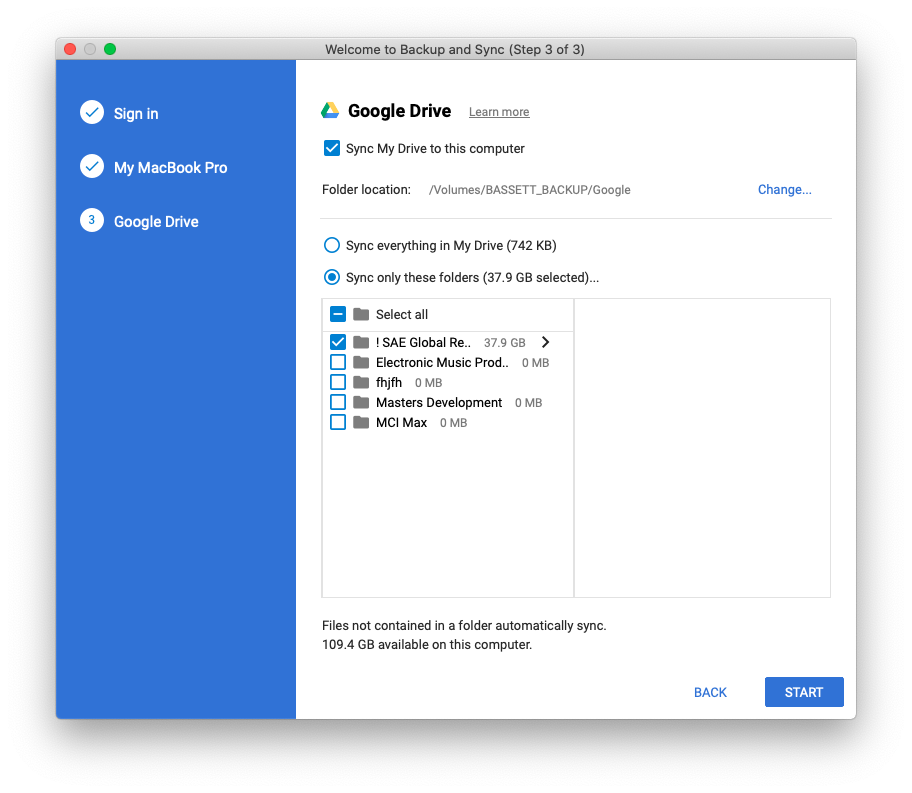 _folder_ -sizes can be shown only quite _indirectly_ : by, e.g.,
downloading & starting-up G.'s "Backup and Sync" routine
( , even w/o needing to actually use it as it's intended ) ; then,
once it totals-up the desired folders' sizes, simply aborting it \

Of course, another type of workaround is using any of many
_third_-party apps ( , esp. ones for transferring files 'tw drives ) ,
which often start by , similarly, totalling-up each folder's size \

( See mentions of such apps by several posters here already \ )


-----------
Meanwhile:
Surely, most all here appreciate efforts, of e.g. MisterCanada, to get us to
defray all our work long enough to each inform G. of this omission, which
surely most of us believe is intended just to get us to buy more storage \ ;

{ Just as surely, tho,
G. staff have all along been fully aware of their omission of this ,
such a quintessential feature ; and so, each of them is surely having to
suppress their own private common sense re just how much that
this omission of theirs is actually slowing the avg. productivity of
each subscriber, & therefore actually slowing the growth & flourishing of
their own whole revenue-bed . . which is Humanity \

So,
not surprising if a good number of G. staff are feeling underlying guilt, &
as a result are engaging in extra stress-relieving activities (e.g. addictions
during off-time, but even less-crucial but distractive on-the-job projects ) ;
which in-turn is cutting down on G.'s quality over-all ; thereby, forming
a negative feedback loop [ or, a 'snowballing' ] of poorer-quality tech \


& _So_ , . .
Once (- as persistently pointed out by e.g. MisterCanada -) enough of us
submit enough of such msg.s as this one directly to G., then,
they will finally get it thru their guilt-&-stress-thickened skulls : that
the smartest way to grow a business is to do what we can to
_facilitate_ -- not milk every extra drop of -- every client's
long-term productivity . . by saving them time wherever we can \

Hopefully, then, this whole thread will soon be merely an archive
of yet another example of how, still even well into the 21C,
"selfish" obsession w/ short-term profit, even to the degree of
intentionally causing much thwarting of one's clients' productivity
( in order merely to keep milking a few more $ out of each one )
always only eventually suppressed one's own long-term profit;
and thus, was always, actually . . an atavistic "de-self" -ishness \\ 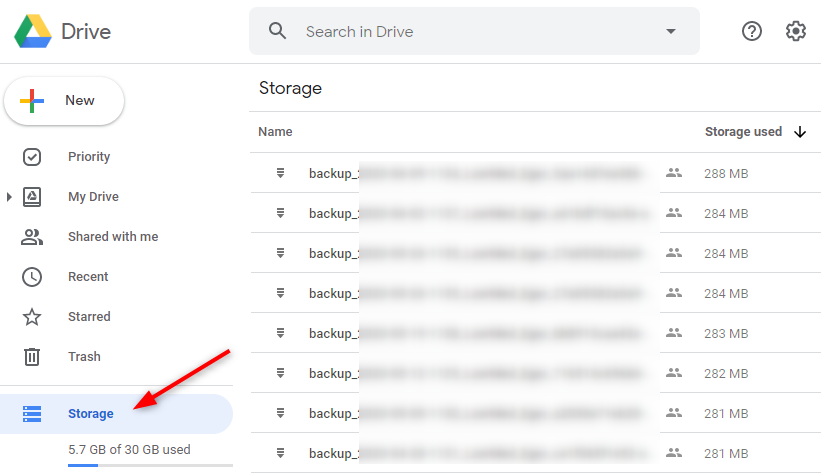 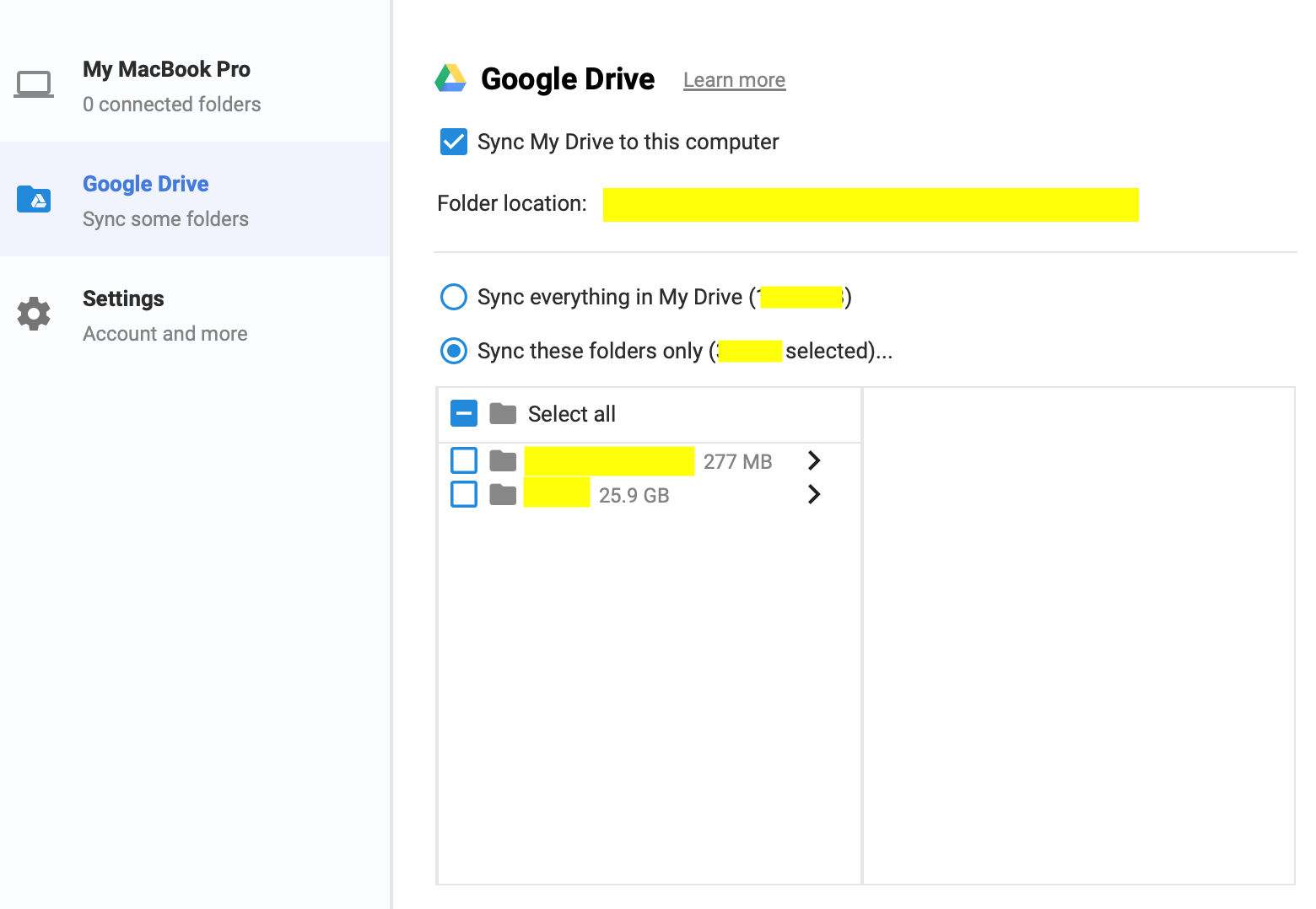