Change your billable outcome, and pay for clicks instead of impressions

In Display & Video 360 you can change the billable outcome of your campaign to increase its overall performance. When you pay for an outcome other than impressions (like clicks) you'll spend less time analyzing metrics that aren't important to you (for example, stop looking at impressions if you only care about clicks). You'll also prevent any risk of paying for impressions that don't lead to your preferred outcome. 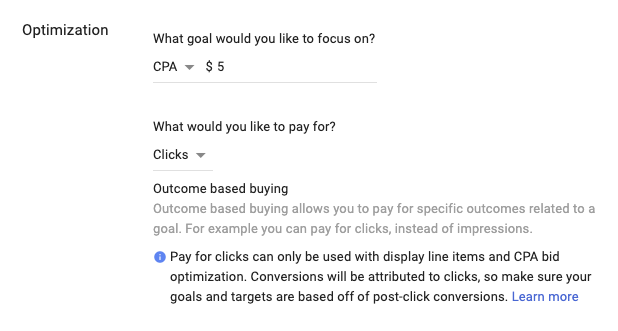 When you set a insertion order to pay for clicks, the campaign's data is shared with Google to optimize performance.