If you're building a web app using Google developer tools, consider how your app name appears to users who authenticate access to their data from your app. During the app registration process, you must accurately and clearly identify the developer or company that owns the app.

The following tools display an error message when you provide an app name that could easily be misconstrued by users as another service:

Suppose Sam built an app designed to record trip destination entries and provides a Google Sheets output that calculates the total daily, weekly, and monthly miles for all of a user's entries. He decides to name his app "Drive" since it’s about driving and calculating miles. The authorization screen for Sam's app indicates that "Drive" wants to manage files: 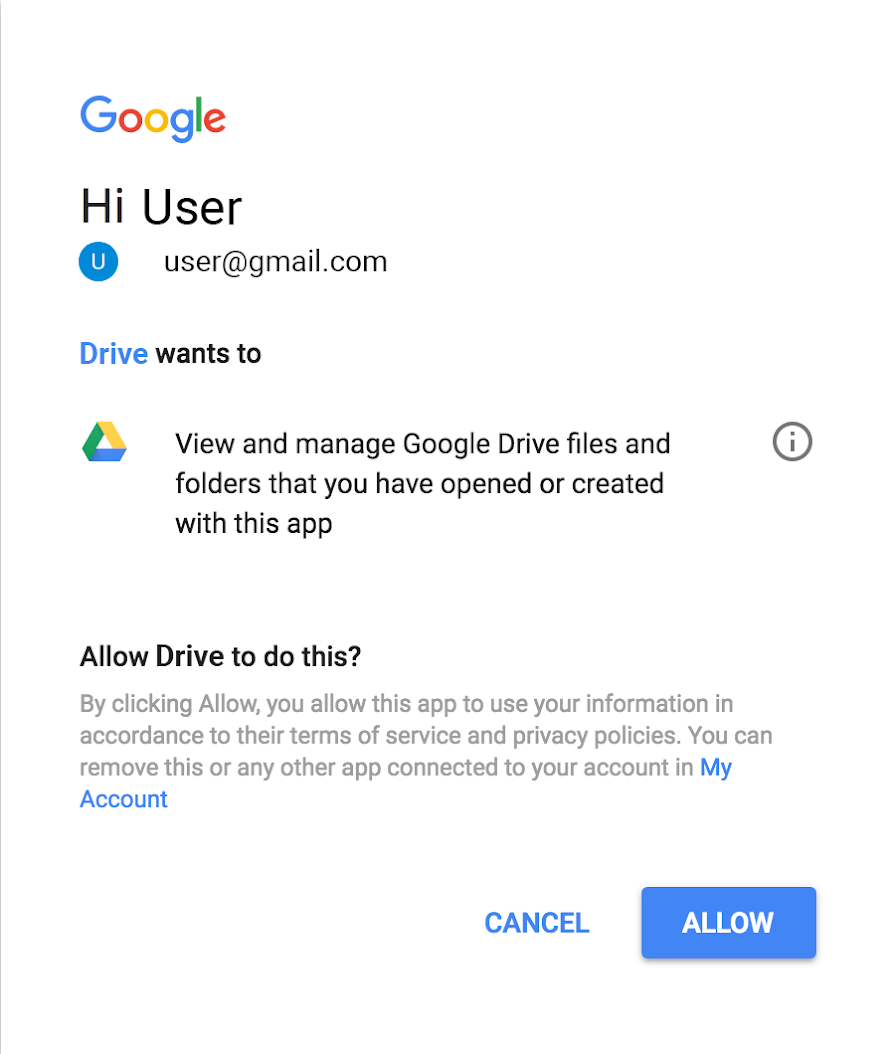 In this case, the authorization screen could cause a user to mistakenly believe that the authorization request is from Google Drive, rather than Sam's trip logging app. Sam receives an error message and renames the app more specifically to "Sam's Trip Logging." This provides users with accurate and clear information about the purpose and owner of the app.

In another scenario, Kim, from Backups Unlimited, develops a backup application that compresses users’ photos and stores them in Google Drive. Since the destination for the photos is Google Drive, Kim decides to name the app "Google backup." The authorization screen for Kim's app indicates that "Google backup" wants to manage files: 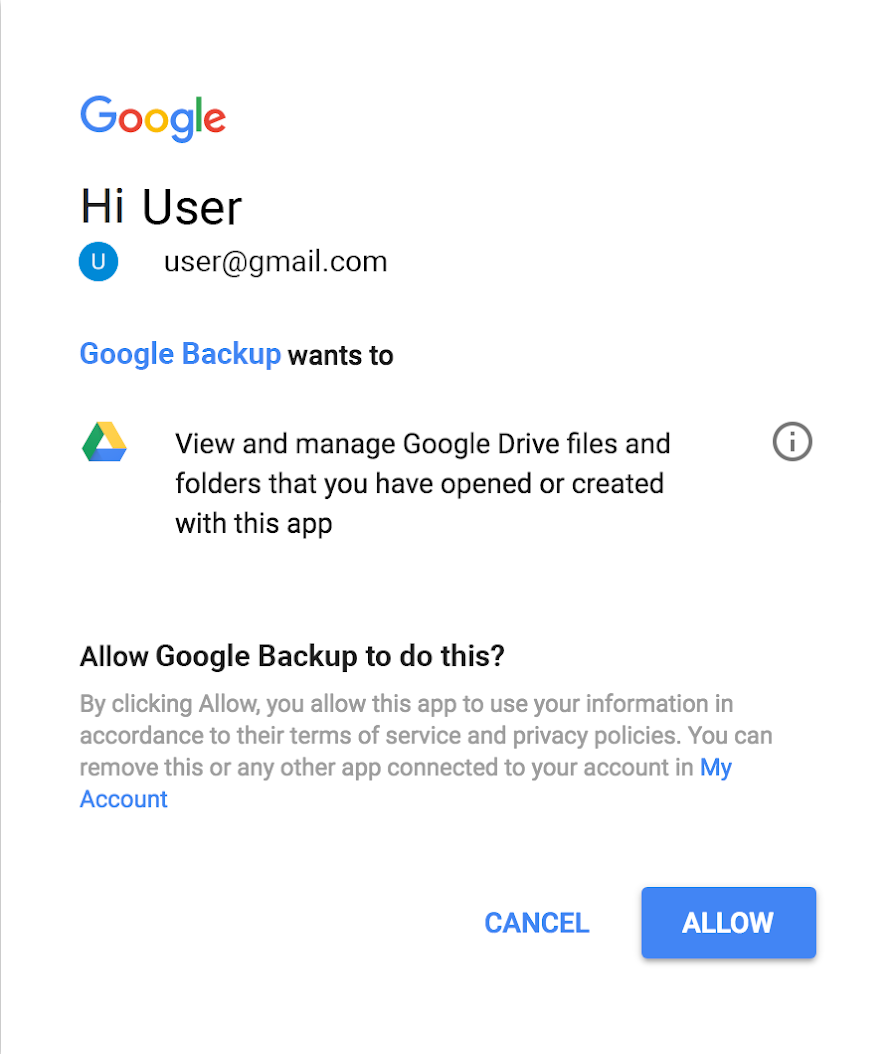 Here, a user could easily mistake the app for a Google product. After the Apps Script error message displays in the editor, Kim renames the project to "Backups Unlimited for your photos."