What can Apps Script do?

How to set up the Apps Script action

1. When you configure the bot to run an Apps Script function, you will need to select the desired Apps Script script, and specify the function you want to call. 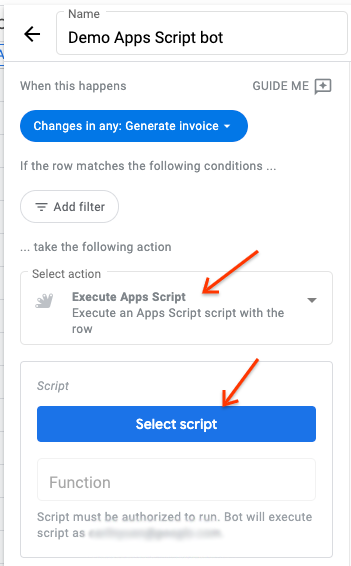 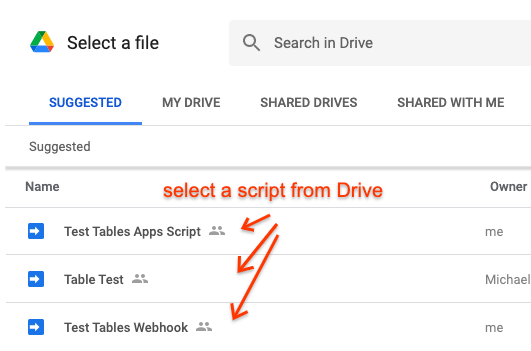 2. If you are using special functions and APIs in your script, you will be asked to authorize the script for security reasons. 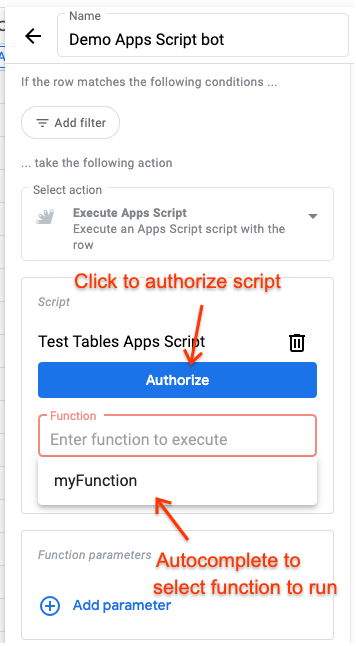 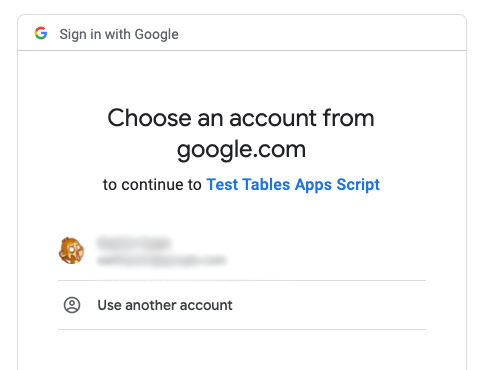 3. You can specify data to send to the script's function as parameters by clicking the "Add parameter" button. You can add multiple parameters, and each parameter will be sent to the function in the defined order, as text strings. You can insert data from your table and rows using column or metadata variables along with hardcoded text.

In the below example, if the function myFunction supported parameters myFunction(paramA, paramB), then paramA = {{Task}} and paramB = {{Due?}}. 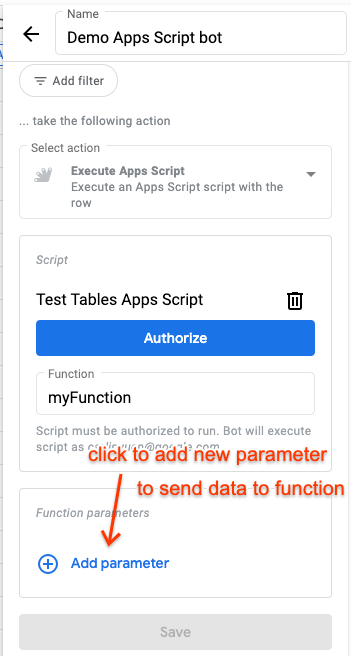 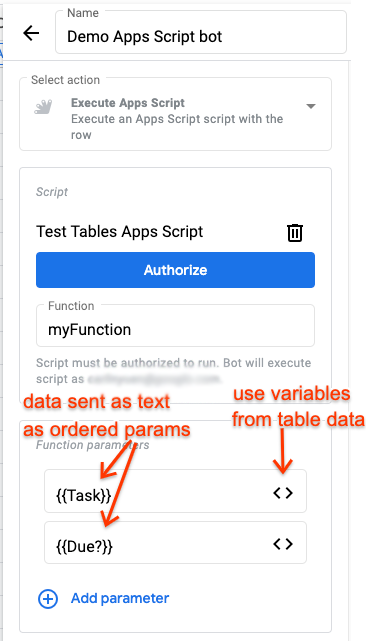 4. In your Apps Script function, you will be able to retrieve these parameters by including them in the parameter definition for the function:

5. Finally, when saving the bot, the table will store which user configured the bot, so that the script can be executed consistently as the user, without having to re-authorize for every collaborator (similar to publishing Apps Script to "execute as me"). This allows you to ensure that the experience is consistent, especially when pulling data from other services or sending email communications (emails are sent from same address, or drive files have the same owner). 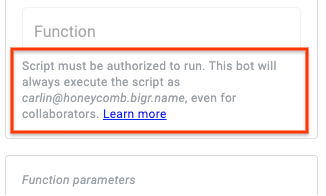 For security and privacy reasons, there are some protections put in place:

When an Apps Script bot action fails, an error will show in the bot history dialog, as well as in the script.google.com execution history. 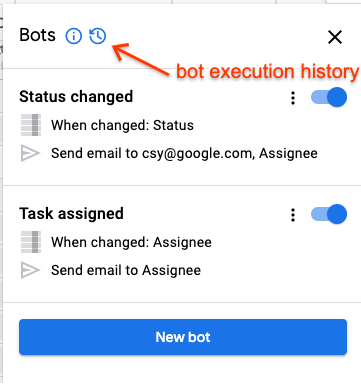 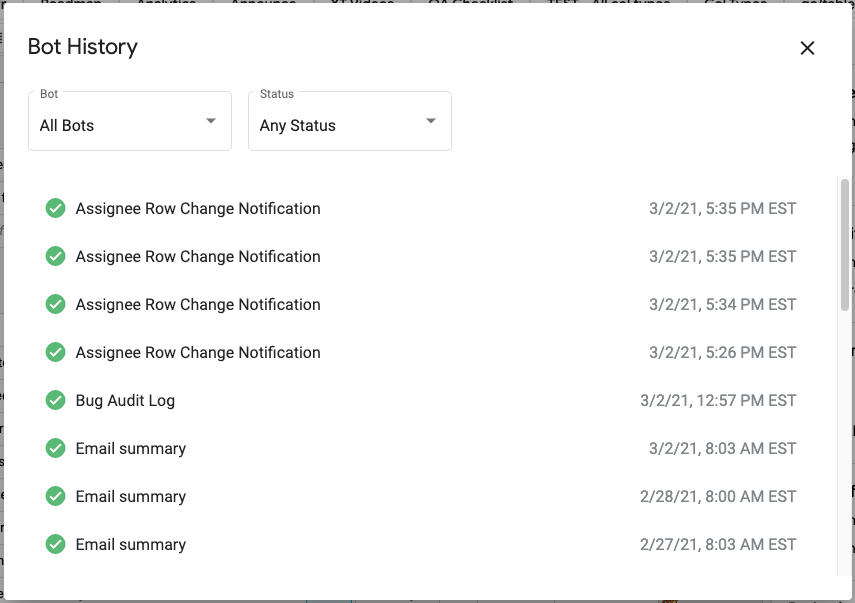