This help center article is part of the App + Web Property Beta.

App + Web properties are not currently supported in the Analytics app.

Cohort analysis starts by finding the users who satisfy the selected inclusion criteria. You can set the granularity of the analysis to daily, weekly, or monthly cohorts. The data table shows how many users belong to each cohort for the duration of the analysis.

Defines the condition a user has to meet to be included in a cohort. Select from:

Defines the condition a user who belongs to a cohort has to meet to be counted in any of the following time ranges. Only users who meet the return criteria are included in the cohort table. Select from:

Determines the metric to show in the cohort table. For example, Active users shows how many active users meet the criteria for being included in each cell of the table. 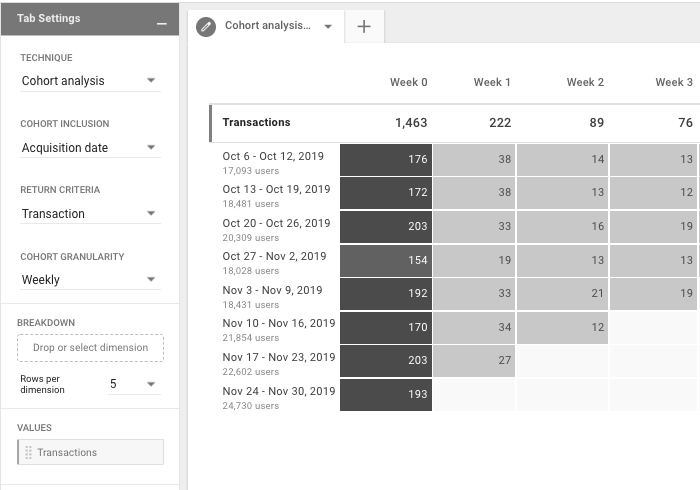 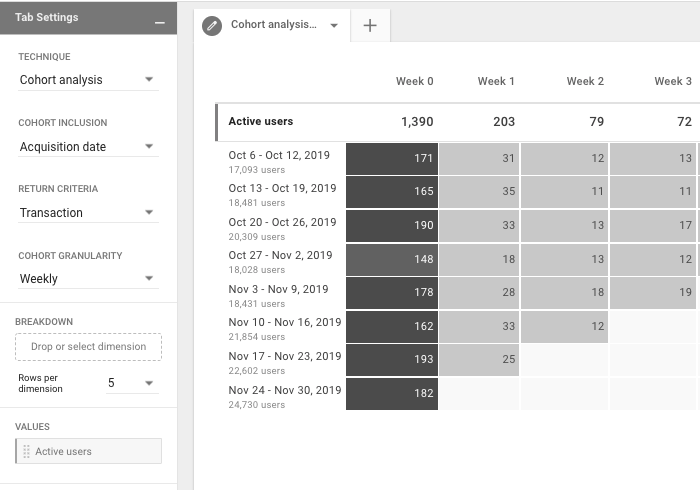 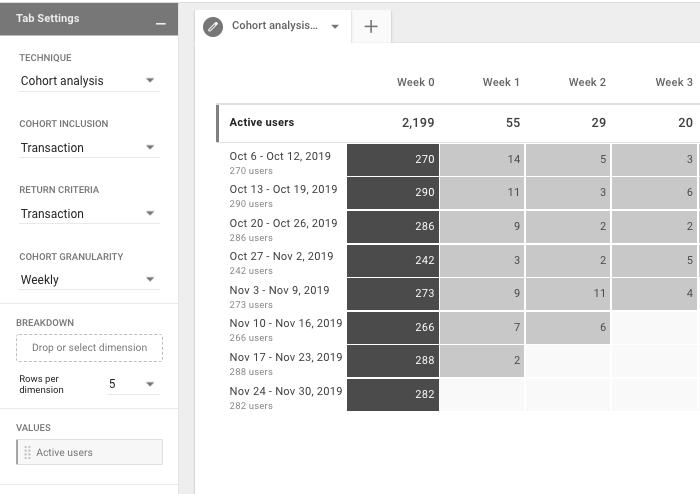 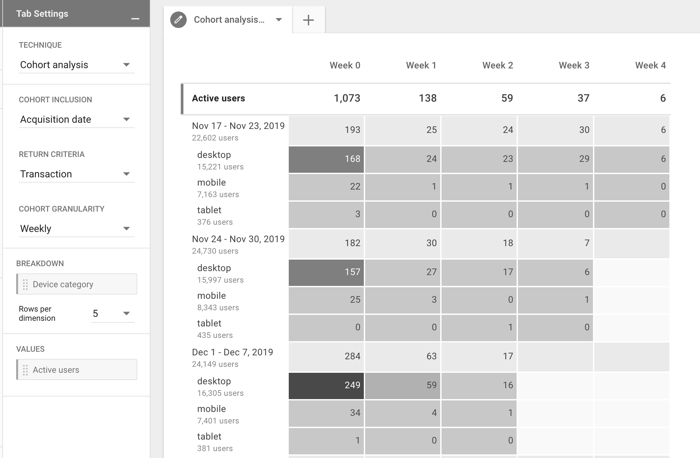 Was this helpful?
How can we improve it?
true
Get the guide