Before referring to these questions and answers, read Why Google Ads Clicks and Analytics Sessions don't match.

Why do I have more sessions than clicks?

This is normal behavior and indicates positive engagement with your website. When a user clicks one of your Google Ads ads and auto-tagging is turned on, we assign a unique click id (gclid value) to that user.

Tip: You can use advanced segments to view new vs. returning sessions for a campaign and confirm that the larger number of sessions is partially due to returning users.

Why do I see sessions coming from an old (paused or deleted) Google Ads campaign?

This is similar to the previous scenario where return users cause more sessions than clicks to appear for a given campaign. When an Google Ads campaign is paused, users who originally accessed the site via this campaign and later return via direct will have these repeat direct sessions reported as coming from the Google Ads campaign.

In some cases this can lead to scenarios where you see sessions showing for a campaign six or more months after the campaign has been paused or deleted.

Tip: As above, you can segment these sessions by new and returning users to confirm this is returning-user behavior.

Why would I see new sessions for an old or paused Google Ads campaign in Analytics?

There are actually a few scenarios that can cause new sessions to continue to show for an old (paused or deleted) campaign:

where the gclid parameter is the auto-tagging parameter.

User A then copies this URL (containing the auto-tagging parameter) and posts it in another location such as a public discussion board (forum) or a social network, or sends it in an email or chat window to other recipients.

Next, User B clicks this link (containing the gclid value) and arrives at your website. Even though User B has never been to the website before, this user will have the first session attributed to the same click id (gclid) value that was assigned to the original User A. In this case, you see new sessions (caused by User B) from an old campaign.

There is no workaround for this scenario at the moment.

Scenario 2. This second scenario is similar to the first. Imagine a user clicks on your ad and lands on a page containing the gclid parameter, e.g., http://www.example.com/?gclid=TeSt123Abc

The user bookmarks the page immediately. The bookmarked URL contains the auto-tagging parameter gclid (click id). However, this user regularly clears cache and cookies on their device.

When these cookies are removed and the user returns to your website via the bookmark URL, the user appears as a new user (first time user) to Analytics, and the gclid value will cause Analytics to treat the session as a new session attributed to the original Google Ads campaign.

As with the first scenario, there is no workaround.

Scenario 3. If a URL containing the gclid parameter is picked up by a bot or spider (such as Google-bot) it can sometimes be indexed, which can cause a URL containing the gclid parameter to appear in Google Search Results Pages (SERPs). A quick way to find out if this is happening is to enter your website URL into the Google Search box and include the term gclid. 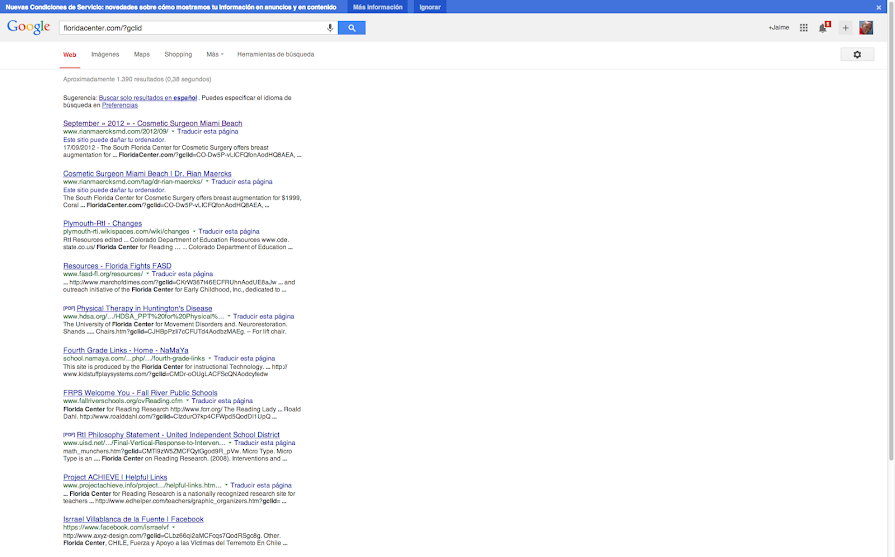 In these situations, users who click on an organic listing appear as new sessions from a Google Ads campaign that the indexed gclid value maps back to.

Solution: You can create a robots.txt file to exclude URLs that contain specific query parameters, in this case gclid, from being indexed. Search Console also offers a parameter-handling tool to make it easy to exclude various parameters.

What does the gclid parameter and its value represent?

The auto-tagging parameter is an encoded hash value that maps back to a specific Google Ads click (essentially it’s a click id). Analytics is able to decode this click-id value and translate it into useful information.

Refer to benefits of auto-tagging for more detail.

I use manual tagging. Is there anything I should know?

Yes. First of all, we have seen many clicks-sessions reporting issues resolved simply by adopting auto-tagging.

Next, make sure you are aware of the benefits of auto-tagging. Also, be aware that some features in Google Ads are only available when you use auto-tagging, and that future improvements to Google Ads reporting in Analytics will be available only to users who employ auto-tagging.

We expect session numbers to be lower due to manual tagging. This is because auto-tagging generates a unique gclid value for each click. Each unique value opens a new session in Analytics.

Manual tagging does not generate a unique campaign URL (click id) for each click. Therefore, it’s possible to have situations where a user clicks a creative several times in the same 30 mins window but only registers one session in Analytics.

Learn more about how sessions are calculated (See the Google Ads Auto-tagging sub-heading).

Why do I see (not set) in Analytics reports?

If Analytics does not recognize the auto-tagging (gclid) value, then it reports the session as source/medium : google/cpc since Analytics knows it must be a paid session.

However, all other campaign information such as campaign name, ad group, and keyword is grouped as (not set).

Another reason (not set) can occur is because the gclid value has been modified from its original form and therefore becomes unrecognized by Analytics. This often due to being converted to lowercase, which in turn is often caused by a redirect on your website.

Finally (not set) also occurs when you use a test gclid value (eg: gclid=TeSt1234Abc). Keep in mind that users with an unrecognized/modified gclid value may be returning to your website regularly, and these repeat sessions from these same users may also show up as returning (not set) sessions.

Refer to Why do I see sessions coming from an old (paused or deleted) Google Ads campaign?.

For all these reasons, it's common to see a small percentage of (not set) sessions in your Google Ads reports even when everything else is configured correctly.

Use the (not set) troubleshooter to identify and resolve related problems.

Why do I see landing pages for paid traffic in Analytics that are not specified as destination URLs in my Google Ads account?

First, there are two dimensions in Analytics that you should understand:

In the case of the first recorded session after a click in Google Ads, these dimensions often contain the same URL1.

The next day, they return to your website via the bookmarked URL, and this causes a new session to begin where the landing page is www.example.com/; however, because Analytics attributes a session's campaign source back to the last non-direct campaign, this direct session2 is attributed to Google Ads.

The landing-page dimension for this returning session now shows the landing page as "/" (the homepage). So even though the homepage was never specified as a Destination URL in Google Ads, it will be reported as a landing-page URL in Analytics.

You can confirm this behavior by looking at new vs. returning user segments for these URLs.

Note: For returning users, the Destination URL should still refer back to the Google Ads-specified URL, but the landing-page dimension will report the landing page of the returning session(s).

1An exception is if you use a tracking URL in Google Ads that redirects users after the click to the actual landing page on your website. For example, say you use the following Destination URL in Google Ads: www.trackingservice.com/?tracking-parameter1=abc&tracking-parameter2=1234. This URL redirects to your website, www.example.com/landing-page, after the click. In this case, Destination URL will be the first URL above and landing page will be the second URL.

2Multi-Channel Funnels will show this session behavior as direct.